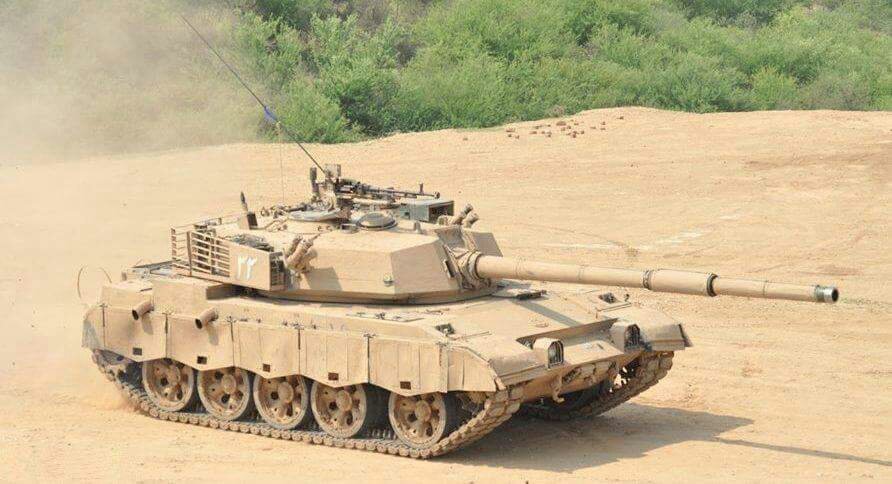 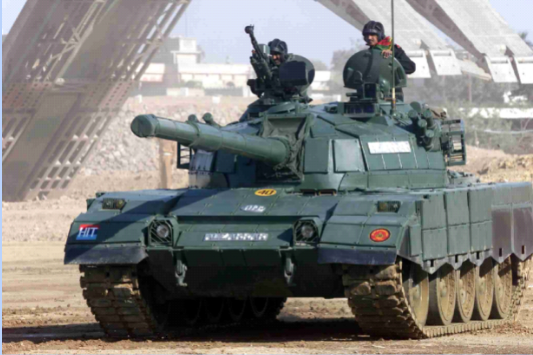 A modernized and upgraded form of the old Chinese Type 59 tank, Al-Zarrar MBT is a third-generation main battle tank of Pakistan. Manufactured and produced by Heavy Industries Taxila, Al-Zarar weighs around 40 tons and has a space for a crew of four. The Al-Zarar project was initiated back in 1990. According to the statistics, the Pakistani Army ordered 400 Al-Zarar MBT, and the first consignment of 80 Al-Zarars was delivered to the Pakistani Army in 2004. In 2008, a partnership between Bangladesh and Pakistan was formed with Bangladesh Army’s objective to rebuild its Type 59 tanks to meet the standards of Al-Zarar MBT. However, Bangladesh Army later decided to upgrade its existing Type 59s to Type 59 Durjoy. Although the Al-Zarar Program began in 1990, it was not brought into service till 2004.

A Brief History of Al-Zarar:

Pakistani Army was using Chinese Type 59 for a long time. After using them for more than three decades (1960 to 1990), there was a strong need to upgrade or replace the existing Type 59 since they were outdated. This factor, along with the defensive requirement to compete with Indian tanks, that were more advanced as compared to the Pakistani tanks, the replacement program was initiated. Upgrading the existing Type 59 was a cost-effective way, as Pakistan had many Type 59 tanks. Out of 1200 Type 59 tanks, about 600 have been customized to Al-Zarar’s standard. Almost every feature of Type 59 has been upgraded, and Al-Zarar has now become a powerful battle machine while possessing that same old body.

The key weapon of Al-Zarar MBT is a 125 mm smoothbore tank gun along with an auto-fretting gun barrel. The modern fire control system is developed in Pakistan. The main gun has an auto-loading feature, and it offers complete stabilization and thermal imaging incorporated within the fire control system. One of the core features of the primary weapon is the laser rangefinder. Along with these modern features, it possesses a ballistic computer for more precision and a monitor that helps the gunner seek out the targets. The secondary armor of Al-Zarar MBT comprises a 12.7 mm machine gun installed on its rooftop. This machine gun can be aimed and fired while remaining inside the tank.

The mobility of Al-Zarar MBT has been further enhanced by swapping the existing 520 horsepower engine of Type 59 with a more advanced liquid-cooled 12 cylinder engine powered by diesel. It gives a massive output of 730 horsepower. Crew comfort is significantly better than the old Type 59 with the installation of torsion spring suspension. The modified transmission and power to weight ratio enables Al-Zarar to reach a maximum of 65 km/h.

Al-Zarar is extremely defensive against anti-tank missiles, mines, and other dangerous weapons. The existing protection of Type 59 was upgraded while adding the composite and explosive reactive armor. The tank contains a Pakistani LTS-1 laser threat warning system that warns the crew while the laser rangefinder or laser designator is targeting the tank. On both sides of the turret, smoke grenade launchers are installed that release smoke to avoid the aiming devices. Inside the crew area, automatic fire extinguishers are fitted along with explosion suppression that ultimately increases the crew’s survivability for a much more extended period.

A total of 54 modifications were made to the existing Type 59 tank. The major modifications cover all aspects, including armor, defense, ballistic mobility, and the fire control system. These advanced systems are good enough to consider Al-Zarar as a modern and one of the best main battle tanks in the world.