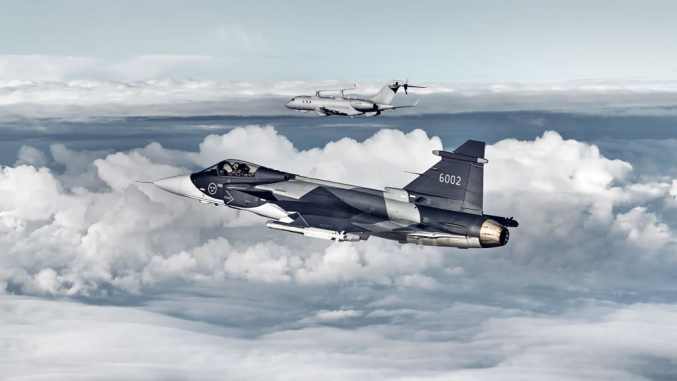 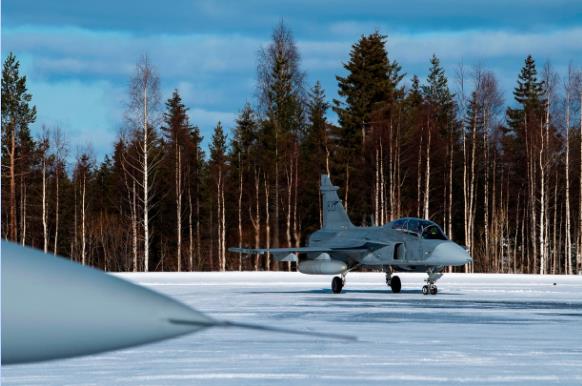 Saab has delivered its Best and Final Offer (BAFO) to the Finnish defense procurement agency for the Finnish HX fighter acquisition, with significant backing from the Swedish government. The Gripen Offer includes 64 Gripen E jet fighters, a large weapons pack, and two GlobalEye Airborne Early Warning & Control (AEW&C) aircraft. This is the answer to the customer’s desire for a BAFO in January 2021. Finland is replacing the capabilities supplied by its present F/A-18 C/D Hornet fleet.

The top Swedish military authorities have backed Saab’s candidacy for Finland’s multibillion-dollar HX fighter competition, stating that the Gripen aircraft would allow unprecedented collaboration between the two nations in defeating hypothetical Russian aggression. The Finnish race is one of two big-ticket airplane contests in Europe, the other being in Switzerland, in which major suppliers from both sides of the Atlantic compete for a place. Finland has sought final quotes from Airbus for the Eurofighter, Dassault for the Rafale, Boeing for the Super Hornet, Lockheed Martin for the F-35, and Saab for the Gripen E/F end of April.

The program has a budget of about $12 billion. Swedish Defence Minister Peter Hultqvist said the aircraft competition came at a time of “deteriorating security” in the Baltic Sea, which he blamed on Russian military posturing. He portrayed increased military cooperation among Scandinavian nations as a must for countering Moscow’s “aggressive measures.”

The suggested system incorporates cutting-edge technologies for the constantly changing and very demanding operating environment. Gripen is designed to fight dangers in our area and to meet the needs of the client. It is also intended for road-based operations in difficult climates and simple maintenance by conscript mechanics. The portfolio includes some of the most modern weapons, such as the Meteor for medium to long-range air targets, the IRIS-T for short-range air targets, the SPEAR for medium-range ground targets, and the KEPD350/Taurus for long-range combat missions against ground goals.

GlobalEye adds new sensor capabilities for combined operations with Gripen and advantages for the whole Finnish defense forces. GlobalEye will act as a strategic asset throughout the whole operating spectrum, giving crucial information to Finland. The combination of Gripen and GlobalEye will have a significant impact.

“With the remarkable capabilities and availability of the Gripen, Finland can update its fighter fleet without sacrificing the number of fighters. As a result, the Finnish Defence Forces will be able to keep within budgetary objectives, and even provide a margin for other key military capabilities in the years ahead, thanks to a genuinely competitive life-cycle cost,” says Micael Johansson, President, and CEO of Saab. “With GlobalEye, we contribute considerable new sensor capabilities that will equip Gripen and the whole joint defense forces with strategic and factual information.” We are delighted to incorporate GlobalEye as the world’s most sophisticated AEW&C platform,” Johansson adds.

The plan also includes the essential equipment and accompanying services for running the system through an intensive industrial cooperation program to develop levels and improve in Finland for Security of Supply. This involves the transfer of maintenance, repair, and overhaul skills to local industry and the fabrication of components, and the final assembly of engines and aircraft. Saab will also create a Gripen & GlobalEye System Centre in Finland to safeguard the systems’ independence and continued capability expansion until 2060.

A procurement decision is expected in late 2021, according to the customer’s plans. Finland is a key market for Saab. The corporation has a lengthy history in the nation and is continually growing its operations and forming alliances with local industry and education. Saab has lately launched a major research collaboration with Aalto University, created a Technology Centre in Tampere, employing over 50 engineers, and has substantial collaboration with the research center VTT and many Finnish defense businesses.