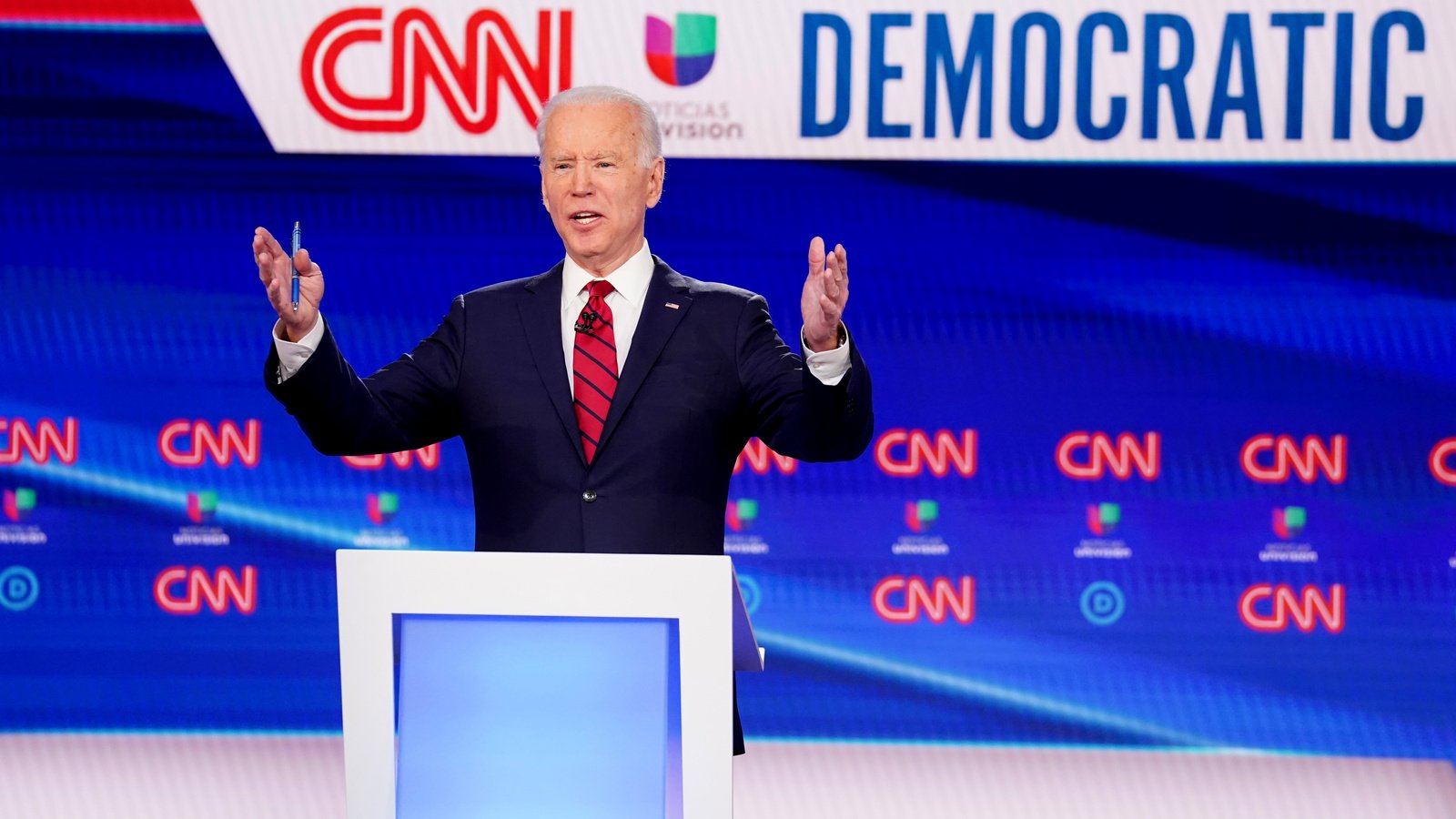 For the duration of Trump’s administration, the world has been watching and scrutinizing US democracy. In the next years, the worldwide balance of democratic and authoritarian principles will be set not just by US leadership overseas but also by the Biden administration’s capacity to rebuild America’s democracy. Today, the United States is riven by internal strife, and the distribution of economic opportunities and rewards throughout society is drastically uneven. Confidence in the leadership, the democratic system, and the state’s ability to deliver have all taken a knock. Let us discuss some of the Biden Administration Foreign Policy / Defence Policy Changes.

Three measures are required, but not sufficient, to improve the quality of democracy in America. First, the importance of facts and science in the formulation of public policy must be preserved. Second, it is critical to establish a committee to document – and hold accountable for – the greatest transgressions of the Donald Trump administration, which should go well beyond the relatively restricted objective of impeachment. Third, the Biden administration must devise a strategy and set of policies for achieving social and economic justice that unifies and integrates white working-class Americans with America’s racial minorities rather than separates and fractures them.

The single most significant foreign policy problem confronting the Joe Biden administration is at home since Biden’s foreign policy team must relate international triumphs to tangible advantages for the ordinary American. There was a moment in American history when Washington’s attempts to promote international openness, organized collaboration and multilateral governance accomplished this. This ensured wide bipartisan support for US foreign policy, boosting the country’s reputation and position overseas. Suppose Biden wishes to revive the American spirit. In that case, his administration must find methods to make what the US does overseas pay rewards for a wide cross-section of its population once again.

This necessitates his foreign policy team being more forthright than its predecessors on the immediate and long-term distributional effects of foreign policies for various domestic sectors and groups. Close cooperation is also required between Biden’s foreign policy and economic teams to ensure that any new trade measures, however desirable on geopolitical concerns, are inclusive domestically.

Biden has long been a proponent of trade liberalization and a critic of Trump’s tariffs, claiming that Washington should take the lead in developing global trade standards and eliminating trade barriers across the globe. He is, nevertheless, skeptical of several elements of the trade. To provide a fair playing field for workers and to safeguard the environment, the United States must “write the rules of the road for the rest of the world.” He has said that he would not sign any new trade agreement that does not involve “major investments” in employment and infrastructure and the inclusion of labor and environmental organizations in discussions. He advocates for “aggressive” reprisal against nations that violate international trade laws by subsidizing their industries and stealing U.S. intellectual property, citing China as an example.

Biden has described China’s rise as a severe threat. He has criticized its “abusive” economic approaches, warning that it may outpace the United States in emerging technology, as well as its human rights record. He claims he would wage a more successful counter-offensive against China than Trump and collaborate more closely with partners to pressure Beijing. Biden agrees with Trump that China is violating international trade laws by unjustly subsidizing Chinese enterprises, discriminating against American enterprises, and stealing their intellectual property. He claims that China has taken away one million manufacturing jobs. He does, however, label Trump’s sweeping tariffs “erratic” and “self-defeating” and instead argues for a targeted response against China using existing trade regulations and the formation of a unified front of allies. He cautions that China is investing massively in energy, infrastructure, and technology, threatening to lag behind the United States.

He slammed Trump’s January 2020 “phase one” trade agreement with China, calling Beijing “the main winner” and asserting that greater purchases of American agricultural goods would not solve China’s “illegal and unjust” economic policies. He promises to re-energize the United States as a Pacific power by strengthening the United States naval presence in the region and developing connections with nations like Australia, Indonesia, Japan, and South Korea to send a message to Beijing that Washington “won’t back down.”

Biden says that Russia, led by President Vladimir Putin, is “assaulting the fundamentals of Western democracy” by attempting to weaken NATO, split the European Union, and damage the American election system. He also warns that Russia is utilizing Western financial institutions to launder billions of dollars, which he claims is used to influence politicians. Biden has long advocated for NATO’s expansion eastward, most recently with the membership of Montenegro. In 2009, he backed Georgia’s and Ukraine’s thus far failed bids to join the alliance. He called for an independent probe into “Russia’s attack on American democracy,” similar to the 9/11 Commission, to look at ways to dissuade Moscow’s continued disruption operations.

Biden has been a vocal supporter of a policy labeled “counterterrorism plus.” Instead of huge military deployments, this strategy focuses on terrorist networks in other nations using small units of US special operations and forceful airstrikes. He opposes Trump’s executive order preventing travelers from certain Muslim-majority nations from entering the nation, which the Trump administration claims is important to curb the arrival of would-be terrorists. He has backed many extensions of government anti-terrorism authorities. He proposed an unpopular proposal in 1995 to expand government surveillance capabilities, most of which was included in the 2001 Patriot Act, which he supported. The Obama administration adopted the USA Freedom Act in 2015, which revived the Patriot Act with certain additional monitoring constraints.

Biden has been a staunch defender of Israel throughout his political career, referring to himself as a Zionist. He declares that his commitment to Israel’s security is “ironclad” and that although he intends to apply “continuous pressure” on Israel to address its disputes, he would not withdraw funding. He also stated his support for a two-state solution to the Israeli-Palestinian problem, which he believes Trump’s unilateral stance has hampered. He is in favor of preserving the US embassy in Jerusalem, which Trump relocated there in 2018. He further claims that Israel must halt settlement development in the occupied areas and provide assistance to Gaza and that Palestinian officials must cease “glorifying violence.” He urges Arab countries to normalize ties with Israel. He claims he opposes the Israeli government’s ambitions to annex the West Bank, stating that doing so would “shut off all prospect for peace.”

Iran, he says, is a “destabilizing” power in the area that should never be permitted to gain nuclear weapons. He describes Trump’s approach to Iran as a “self-inflicted tragedy,” claiming that his pullout from the 2015 Iran nuclear agreement has not prevented Tehran from expanding its nuclear program. Biden has said that if Iran returns to compliance, he will rejoin the accord.

Biden favors communication with Pyongyang but believes Trump’s conversations with Kim Jong-un have been ineffective and may have even been detrimental, serving solely to “legitimize a dictator.” Biden favors more talks, but only if Kim takes tangible measures toward eliminating his nuclear program, with the ultimate objective of denuclearizing North Korea. He has said that he would not engage in direct personal diplomacy with Kim

Biden has backed certain US military initiatives throughout the world while opposing others. He has often argued for restricted aims in the use of force, and he has voiced doubts about the United States’ capacity to transform foreign cultures. He is skeptical of unilateral actions, stressing the value of diplomacy and cooperation via alliances and global organizations. He claims that force should be used “only to protect our essential interests when the purpose is clear and achievable,” and he vows to put an end to what he refers to as the “forever wars” in Afghanistan and the Middle East. In 2016, he said regarding the use of armed action, “we need a pretty strong dose of humility about our potential to affect events throughout the globe substantially.” He rejects the use of US soldiers in any regime-change operations.

He claims that the United States has a moral obligation and a security interest to react militarily to genocide or the deployment of chemical weapons anywhere globally. He also supports the use of force to prevent the global oil trade from being disrupted. He backed the invasion of Afghanistan in 2001, but as Vice President, he fought for troop reductions and a more restricted mission. He claims that reports from 2019 indicating that US politicians deceived the public on the success of the Afghan war validate his opposition to “nation-building” there. He claims that military expenditures are too concentrated on conventional combat rather than new defensive domains like space and cyberspace. He believes the US must strive to preserve its dominance in the face of a “return to great power competition” with China and Russia. He backed the 2003 invasion of Iraq but now deems it a “mistake” and credits himself with removing 150,000 soldiers from the nation in 2011. The above discussed were the Biden Administration Foreign Policy / Defence Policy Changes.