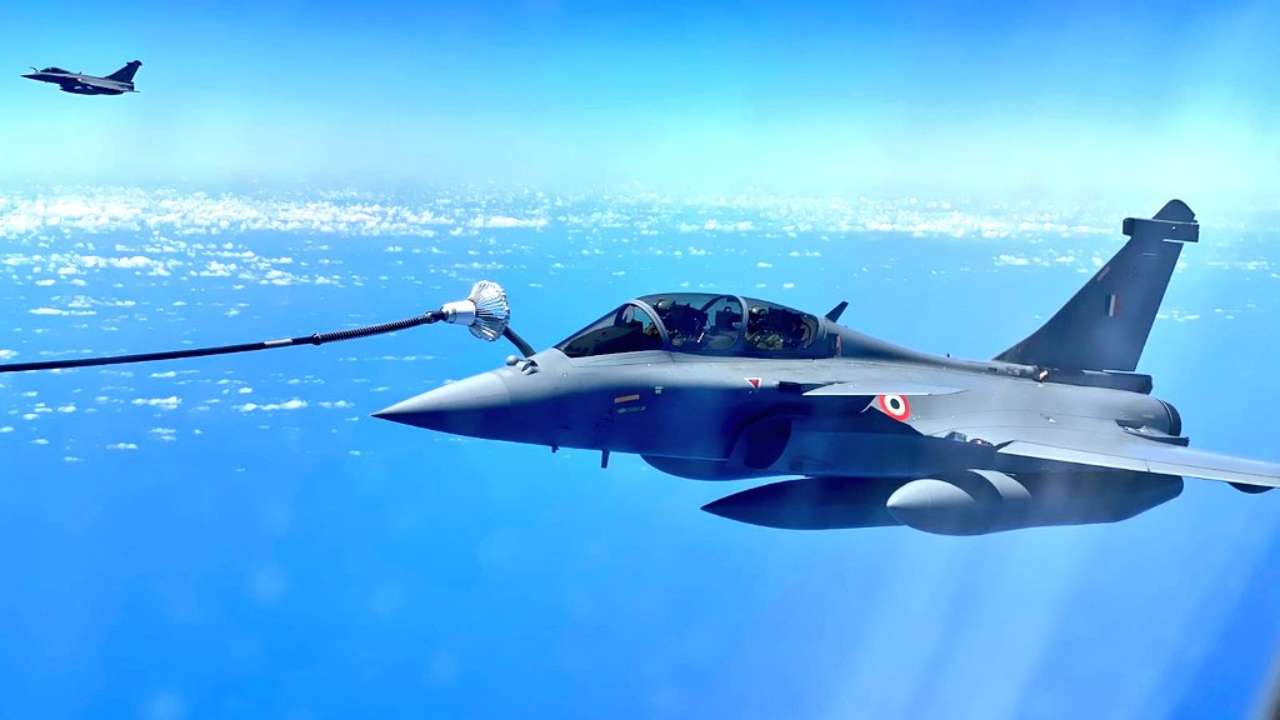 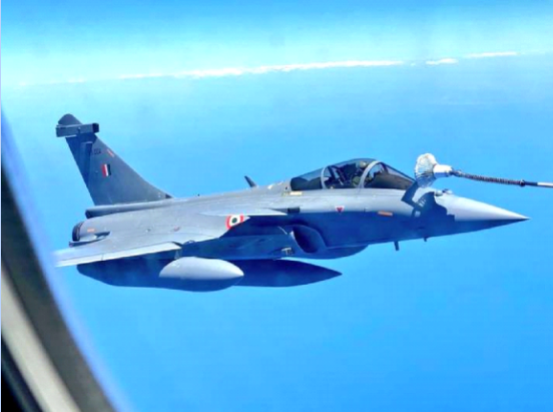 A Brief Insight of the Dassault Rafale: The Ultimate War Machine

The Dassault Rafale is a multi-role fighter aircraft designed and manufactured by the French company Dassault Aviation. The prototype of Rafale went into the skies in 1986. However, it was introduced in 2001. Dassault Rafale comprises two engines and has canard wings. This ultimate war machine enters the skies carrying a considerable amount of weapons to gain air dominancy. Rafale’s multirole ability enables it to perform a variety of tasks, including air patrolling, ground support, extensive & warship strikes, along with nuclear deterrence expeditions. Dassault Rafale is labeled as the “Omni-role” jet.

In the last few years of 1970, French Air Force and Navy were looking to substitute their existing air fleets. Along with this challenge, both forces wanted to combine their fleets. These challenges, bundled with the need to reduce the manufacturing cost, acted as the core driving forces behind France’s engagement in an agreement with some European countries, including Italy, Spain, Germany, and the United Kingdom. The agreement’s core objective was to develop a multi-role fighter jet. Following disagreements related to work share and the varying requirements, France established its own development program. France built a prototype, and the test flight was carried out in 1986. The eight-year test program, part of which was the first test flight, witnessed swift progress.

The major defense contractors of France, i.e., Thales, Safran, and Dassault, were involved in this project, and one core feature that makes Rafale divergent is its entire development by one country. Rafale was able to stand out in all other European jets of its time. Rafale’s numerous features related to the electronics systems were developed locally and were dedicated to the Rafale Program. The initial plan was to bring Rafale in service by 1996, but the lack of resources appearing due to the budget cuts played a key role in the delays. The post-Cold war effects played a vital role in the shifting of priorities. Rafale has three major variants, Rafale B, Rafale C, and Rafale M. Rafale C is a single-seat land-based aircraft; Rafale B is a double seat land-based aircraft, whereas Rafale M is a single-seat carrier-borne version.

Rafale was introduced back in 2001, and since then, it is under usage by both French Air Force and the Navy. The French Navy utilizes Rafale for carrier-borne operations. Being one of the most advanced aircraft, Rafale has been exported to several countries, including India, Egypt, Croatia, Qatar, and several more. The aircraft was used in multiple warfares in Syria, Mali, Afghanistan, and Libya. In the 1970s, both the Air Force and Navy of France wanted to upgrade the existing aircraft with more advanced ones. These defense requirements and the challenge of cost reduction resulted in the submission of the proposal by both forces. Right after the proposal, the Ministry of Aviation started research regarding a new and more advanced fighter jet.

At the end of the 1970s, Dassault started working with the “European Collaborative Fighter” program. French company Dassault played a key role in designing the aerodynamic layout of the potential twin-engine single-seat aircraft. The project came to an end right after two years due to the conflicting needs of all stakeholders. In 1983, the “Future European Fighter Aircraft” project started developing the next generation of aircraft collectively. The stakeholders were Italy, Germany, UK, France, and Spain. However, the project collapsed, and France started working on its own.

Dassault Rafale and the Significance of Military Aviation in Modern Warfare:

The importance of air forces in an armed conflict cannot be denied. Their involvement and engagement in warfares have been significantly increased over the past few decades. In all major armed conflicts since the 2nd half of the 20th century, the role of air forces was vital. In the present times, military aviation is certainly the most important and tactical weapon. They are highly effective and are more precise. In modern-day battles, air supremacy has core importance. The 9/11 attacks revealed that even in peacetime, the security of national airspace is crucial. Rafale has a significant edge over other fighter jets due to its omnirole abilities. It fulfills the requirements of modern warfare as it can perform several roles. Keeping in mind the most recent armed conflicts where air weapons were used largely, the following features make an ideal weapon system. Rafale, with its diverse capabilities, satisfies all expectations up to a great extent.

⦁ Integration: The skill to fight in the alliance is a crucial requirement. Rafale is considered ideal to be used in joint operations.

⦁ Flexibility: The omnirole ability of Rafale makes it possible to carry out various missions in one attack. Rafale can easily adapt itself to the changing scenarios and can switch its role in no time.

⦁ Persistence: The advanced systems installed in Rafale increase its stealthiness. It can easily survive in extremely dangerous situations.

Export to India (From First to 6th Batch)

India received 3 Dassault Rafale at the start of May 2021. The 6th batch arrived from the Merignac Bordeaux airbase of France. These aircraft landed on the Jamnagar airbase of Gujrat. The jets were then taken to Ambala Air Force station, and later they were sent to Hasimara airbase in Bengal. The Air Force of UAE provided air to air-fuel supply over the Middle East. Airbus A330 MRTT (multi-role tanker transport) was used for that purpose. The Golden Arrows squad of the Indian Air Force, comprising 18 jets, is already stationed at Ambala Air Force Station. Since the 6th batch has arrived, the total number of Rafale aircraft has reached 20. The number is expected to reach 24 after the arrival of 4 Rafale aircraft expected in the coming few days. The next batch will be stationed at the Hasimara base.

Due to the ongoing pandemic, the whole procedure has become complex as the Indian Air Force pilots have to quarantine themselves in France. They are not allowed to go back to India before doing so. The Indian Air Force utilizes 7 Dassault Rafale aircraft to train the pilots in France as per the report published by the Hindustan Times. On July 29th, 2020, India received the first batch of Dassault Rafale. 5 Rafale aircraft were received by India. It took almost four years after both stakeholders signed an inter-governmental agreement. The deal was made back in 2016, and according to the agreement, India had to acquire 36 Dassault Rafale by paying Rs 59,000 crore. The official orientation ceremony took place on 10th September 2020 at Ambala. 3 months after the arrival of the first batch, India received the second batch of Dassault Rafale on November 3rd, 2020.

After receiving 3 more Rafale jets from France, the total number reached 8. On January 27, 2021, 3rd batch was acquired by India, with 3 more fighter aircraft. India received another batch (4th) on 31st March 2021. France sent 3 more Dassault Rafale. On 21st April 2021, France sent the fifth batch containing 4 Rafale aircraft. Dassault Rafale is the most important addition to Indian Air Force’s squadron. The last main procurement was of Sukhoi fighter jets from Russia, and it was 23 years back. Rafale’s ability to carry a variety of powerful weapons makes it more advanced. Indian Air Force is certain about the capabilities of Dassault Rafale.

Narendra Modi, the Prime Minister of India, declared in 2015 that the Indian Air Force would be equipped by the French fighter aircraft “Dassault Rafale.” In 2011, while addressing the defense requirements, the decision-makers confirmed that Eurofighter Typhoon and Dassault Rafale are the two fighter aircraft that meet their requirements. As Indian Air Force was advancing to multi-role fighter aircraft, in 2012, Rafale was selected out of the shortlisted ones, and the negotiations with Dassault Aviation started. The initial plan was to buy 18 fighter aircraft from France in ready-to-fly form; however, the remaining 108 would be assembled by India so that the “made in India“ initiative will prevail.

In the start Indian Air Force ordered aircraft, but due to rising conflicts, the United Progressive Alliance (UPA) government was not successful in placing the deal. When the National Democratic Alliance (NDA) came into power, they reduced the total number of aircraft from 108 to 36. The cost was approximately 59,000 crore. Congress labeled this deal as a scam by highlighting the point that it goes against certain procedures related to procurement. The Indian government was further criticized for ignoring the interests of the public sector by favoring Anil Ambani’s company Reliance Defence. The opposition claimed that the amount 59,000 crore is three times more than it was supposed to, and the government had chosen the Indian partner on an unfair basis.