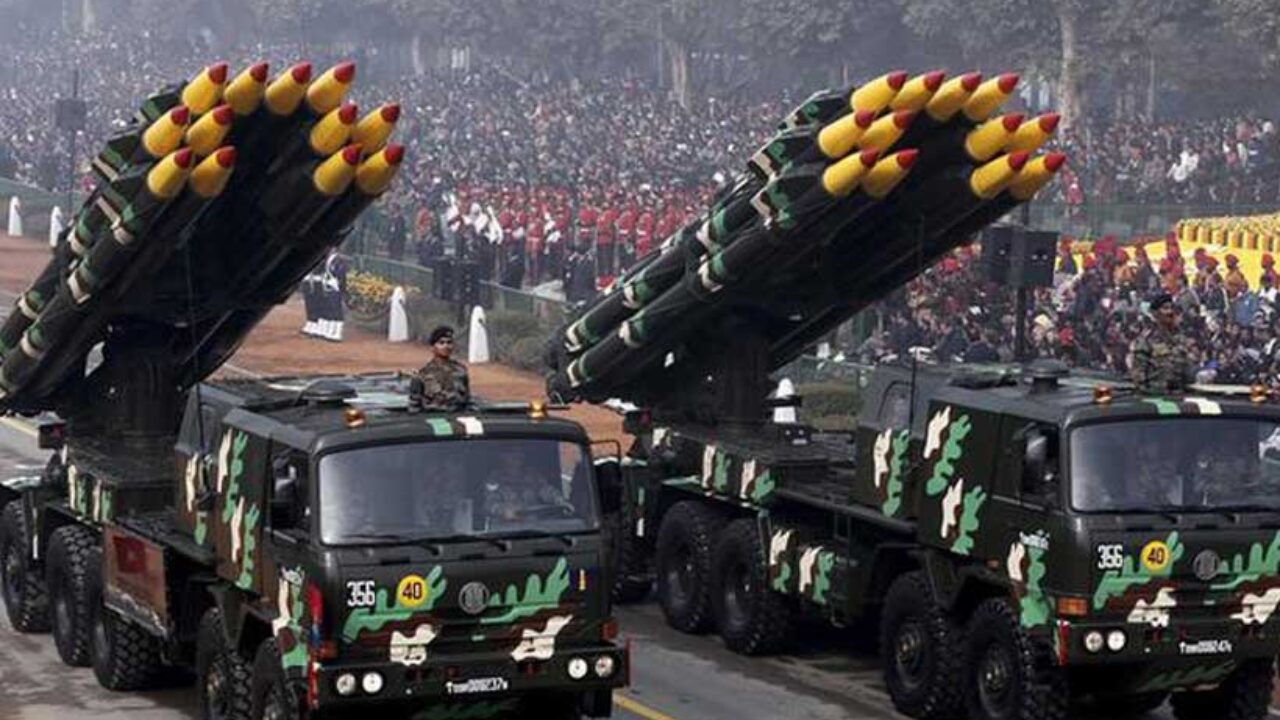 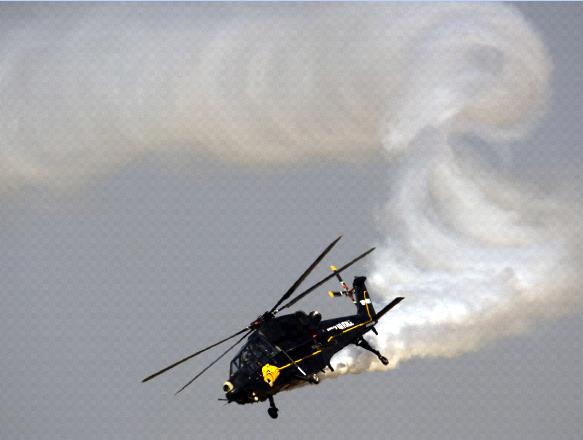 Ordnance Factory Board and Defense Public Sector Units dominate the India’s Defense Industry. The Defense Research and Development Organization sector is the only organization that controls the Research and Development sector. Primarily India’s defense agency is controlled by the government and its agencies. The defense Industry opened its gates for private domestic companies in 2001, but the participation from the sector in defense procurements remained limited. Among the developing nations of the world, India holds one of the largest defense industrial bases. Among different defense laboratories and manufacturing units, approximately two lakh people are employed in India. India’s Ministry of Defense controls all the essential components of India’s Defense Industrial Base (DIB), DRDO, Ordnance Factories (Ord Fys), and MSMEs (Micro, Small, and Medium Enterprises).

It is a well-known fact that India heavily depends upon imports for fulfilling the requirements of its armed forces for military platforms and weapon systems, despite having a vast defense industrial base itself. India has achieved significant success in areas like information technology, pharmaceuticals sectors, atomic sector, missile development, and space technology, but a similar achievement is elusive in the defense sector. However, India can become a significant player in defense manufacturing if they try to enhance regional cooperation and harmony. Therefore, the main goal should be to identify a specific area of military production and expertise in that domain.

In India, the Ministry of Defense plays an all-encompassing role in the defense sector. With the help of its various agencies and organizations, MOD acts as the sole manufacturer, buyer, seller, and developer of the weapon systems and defense equipment within and outside the country. The MOD takes all the policy decisions related to defense procurement and defense manufacturing. Other ministries like the Ministry of Commerce, Ministry of Finance, Ministry of External Affairs, Trade and Corporate Affairs, and Ministry of Home Affairs also impact directly or indirectly the defense industry through different policy guidelines. However, the most significant role is of the armed forces for establishing and growth of different industrial bases within the country. Being the ultimate users, the armed forces ultimately have a more significant say for procurement and production of weapon platforms and necessary military equipment.

India is the fifth largest country in the world in terms of defense spending. The annual defense budget of India is about Rs. 2,95,511 crore in the fiscal year 2018-19. Thirty-five percent of the total defense budget is spent on capital acquisition. Indian army is the third-largest army in the world. The goal of achieving 70 percent of self-sufficiency in defense production remains elusive despite having a robust Defense Industry Base (DIB). Currently, the self-sufficiency is just around 35-40%. Nearly 60% of the defense-related hardware is imported from foreign arms manufacturing firms. As per the reports of SPRI (Stockholm International Peace Research Institute), the defense imports of India during the tenure of 2013-16 are approx. Rs. 82,496 crore, which accounts for 14% of global arms imports. It gives India the distinction of being the largest importer of arms in the world. Mainly defense production is carried out under a license from original manufacturers based on the transfer of technologies.

In addition to the limited resources, the country has to bear the burden of large import bills for military equipment. The private sector contributes less than 5 percent for the overall defense manufacturing. The government has taken a welcome step in the recent past, where two defense corridors in the country were announced. However, to achieve this aim in a specific time, structured efforts are required. Tangible results are yet to become visible on the government’s announcement of the ‘Make in India’ initiative. The imports have still not been reduced, despite the restructuring and modernization of DPSUs and ordnance factories. With the lack of ability to produce hi-tech, modern, and advanced weapon systems from the defense industry, the procurement of defense equipment and the system is carried out by the government to meet the unavoidable and necessary needs. Though the imports help in fulfilling the immediate needs, they contribute to delaying the process of indigenization. The Indian defense sector can provide around one million indirect and direct job opportunities.

The inability of existing Ordnance Factories, Research and Development organization, and DPSUs to manufacture and develop the advanced, high-tech, and modern systems indigenously causes such a massive amount of defense imports. The ordnance factories, DRDO, DPSUs, had considerable investments to deliver indigenous manufacturing, but they have remained elusive to date. Their contribution to defense manufacturing has remained dismal, which is why the government is decreasing its budget. The dependence of India to import arms from foreign countries is ever increasing, which is a question mark on the performance of these domestic organizations. There is a massive gap among the requirements of the armed forces vis-ὰ-vis the capability and capacity of the DPSUs/Ord Fys/DRDO for up-gradation and modernization of the military equipment. There is a massive lack of FDI (Foreign Direct Investment) in the defense sector. It has never been given adequate importance.

With the over-reliance on foreign industries and low-value addition, the percentage of imports for military equipment is increasing day by day. Comptroller Auditor General also raised concerns over the issue in its report of 2011. It raised the concern that 90% of the raw materials have been imported by HAL (Hindustan Aeronautics Limited) from foreign states for manufacturing the so-called indigenously produced Advanced Light Helicopter. Similar issues were raised because of the low indigenization level on India’s flagship defense-related projects like Main Battle Tank (MBT) Arjun and LCA (Light Combat Aircraft). As a result, the ratio of value addition has been reduced from 51% to 38% by the DPSUs.

The public sector organizations like DRDO, Ord Fys, etc., did not consider the private sector institutions as the manufacturers or the lead integrators of weapon systems. Therefore, it maintains its monopoly in the sector. Other reasons for less participation by the private sector include the old mindset of the decision-makers, prejudice, and decades of insulation. It shows that the playing field for both private firms and the public sector is not level. The public sector organization takes advantage of the patronage and the access of the public money, doing nothing but buying a significant portion for the production from foreign states. Organizational restructuring, accountability, and anti-corruption campaigns are required to enhance India’s indigenous capabilities of defense organizations.

According to the data mentioned above, the following are some necessary actions that should be taken to increase the defense capacity of India: The capabilities and capacities of domestic defense industries must be enhanced. The aim must be to fulfill the basic requirements of the defense forces for up-gradation and modernization. In this way, forex reserves will be saved, dependency on imports will get lowered, and strategic autonomy could be attained. The required competencies and skills must be developed in Defense production and acquisition and Research and development. It would aid in the production of state-of-the-art and upgraded modern systems. This job cannot be done by the public sector alone, so more efforts must be made to include the participation of the private sector as well. The private sector must be engaged by providing them with equal opportunities that too with some incentives.

The existing government policies and laws must be reviewed, and more space must be provided for the defense industry. New policies must be adopted by participating policymakers who must have a new mindset for creating opportunities. The best practice could be the involvement of a third party that could review the existing policies and identifies the loopholes. In this way, suggestions for new policies could be given. The neutral view of policies is critical to bring a change. A neutral party can give more valuable and realistic feedback than any other government official or ministry. Foreign Direct Investment must be encouraged in the Defense Industries. FDI could also help in acquiring the latest high-tech technologies. Various issues related to the defense industry could be resolved with the increase of FDI.