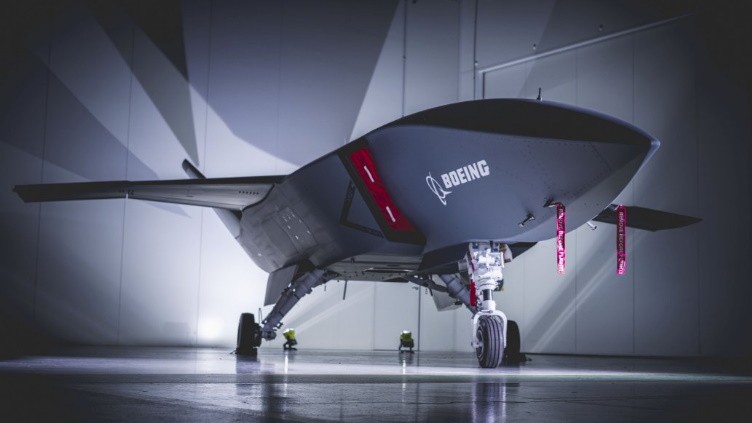 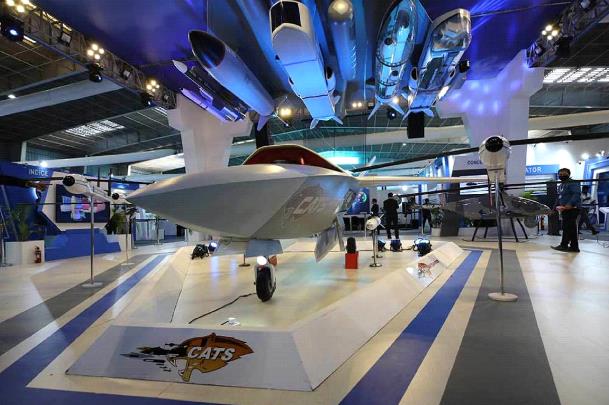 In the largest air show Aero India 2021, since the start of the pandemic, the Combat Air Teaming System (CATS) of HAL with its derivative, the “CATS warrior,” looks a bit derivative. This drone looks identical to Kratos Valkyrie, a drone that several years ago captured the imagination of the aviation community. This resemblance between both drones is not coincidental. All such kinds are commonly known as Loyal Wingman UAV Efforts; such drones are compared with unmanned fighter jets. They are said to be controlled by Artificial Intelligence (AI) and are currently underdeveloped with most leading military powers. They have no ground-based operators, and on the battlefield, they are accompanied by manned fighter jets.

The Skyborg program in the United States is responsible for developing the loyal wingman for the US Air Force. We will witness very soon the flights of drones produced under the Mosquito program with the jets of the Royal Air Force. The FCAS (Future Combat Air System) is working on several other designs of the same type. China, Russia, and some other countries are also working on the same project.

All the above-mentioned developments are relevant to this particular project of CATS. Several interconnected systems will be included in it as per the information from the Indian press. Mothership for Air teaming exploitation is the main idea under which a two-seater variant of HAL Tejas Mk-1A fighter is enabled to control multiple drones in a flight. A fighter launched cruise missile called a CATS hunter having a range of 700 kilometers will be installed in the variant aircraft. This cruise missile in a different configuration will have the ability to return to the base for reuse and a range of around 350 kilometers. AFLAs (Air-Launched Flexible Assets) and swarming munitions carrying 5 to 8 kilograms of explosives will be used as a payload for these cruise missiles. Four such ALFAs were displayed as a mockup in the Aero India 2021 air show.

The Warrior drone would be the last component of the CATS programs. Incorporated with the domestically produced turbofan engine PTAE-7, a loyal wingman having stealth features and carrying a pair of air-to-air missiles, laser-guided bombs, or ALFAs in its two internal bays is the aim of Indian forces. Other features of the drone would be Electro-Optical/Infra-Red (EO/IR) imaging system, electronically scanned array (EASA) radar, and electronic warfare suite. All such elements could be used for directly engaging enemy targets and regular aircraft. All these projects are still in the developmental stage at the moment. HAL (Hindustan Aeronautics Limited) claimed that it had started its work on the same project in 2018, but the practical work started in early 2020 and late 2019. 2024-2025 is the scheduled deadline for this project. The deadline seems optimistic for similar projects and the production of regular aircraft. Both the Mosquito and Skyborg projects will achieve operational capability by 2023.

Difference Between CATS and Other Similar Projects:

CATS and other similar programs have several key differences, some of which will be discussed as follows: Firstly, the first loyal wingman showcased having air-to-air missiles in mockup form were CATS warriors. There have been hints from many manufacturers of the prospective loyal wingman having air-to-air missile technology. The reason behind it is clear in a sense that using an infrared-guided missile in a drone operated by a partial or primarily AI-controlled system is highly complex. The participation of such a drone in aerial combat missions requires time to accomplish. The first generation of loyal wingmen will possess options to engage in pitched aerial combat and air-to-air capability with refinements, upgrades, and subsequent programs (such as DARPA’s LongShot). The two companies Boeing and Kratos, who have already developed their wingmen, are less assertive about their aircraft’s ground attack and reconnaissance capabilities. They only provided a hint on the air-to-air capability with less certainty.

These aforementioned drones manufactured by the two companies are modular. Their components like payload delivery system and detection are mission adaptable. HAL did not mention the modular capability of the CATS Warrior system at the airshow. Another huge difference between the Western program and CATS is the use of AI control systems. ALFAs will use some sort of artificial intelligence, but it will never affect the existence of the conventional two-seater warrior jet. The new drone warriors manufactured should be piloted in some parts. The loyal wingman displayed by HAL was reported to be capable of autonomous take-off and landing, but the ability of autonomous combat was not revealed.

This element of an automatic combat system can become the unique selling point of these wingmen. India is not alone in such a project; Russian Groom also possesses similar functioning according to the current plan, with the same semi-autonomous system. Europe and America, however, are striving to develop a fully autonomous wingman capable not only of controlling the swarms of combat drones but also of doing the job of a pilot. Interfaces with features and special algorithms are necessary for Human-AI teaming that are not explored before.

Hurdles in the Project:

HAL is reserved with the control possibilities of its loyal wingman. Autonomous fighter jets are still a dream and to become the first one to break the shackles requires massive development funding and colossal research. The current budget of India does not allow for such a huge investment, while it could be used on more pressing issues. Currently, India is facing a crisis in its fighter jet fleet. Most of the jets are becoming obsolete; therefore, the new models such as Dassault Rafales are more important for investors to close the gaps in air defense.

Tejas production by HAL was increased because of the lack of fighter aircraft fleet. The latest competition in the domain of fighter aircraft is the MRCA (multi-role combat aircraft). It would take quite some time to achieve operational capability even if India starts to procure an indigenous fighter jet. The CATS Warrior project has been proved as a solution to the Indian Air Force problem. If this project enters mass production in the mid-20s, the long-standing issue of obsolete and incompetent fighter aircraft issue for India will be resolved. The high-cost manufacturing of manned fighter jets will also be resolved because the per-unit cost of the loyal wingman is around $5 million that is still much cheaper.

The autonomous unmanned aerial vehicle (UAV) CATS Warrior will be used alongside and ahead of LCA to enhance survivability and situational awareness in contested environments. The Warrior can autonomously take off and land from a runway of both ship’s deck and land. The main version of the Warrior will be used for Indian Air Force, and a sub-version will be used for the Indian Navy. The main operational task for the Warrior will be to act as a sensor amplifier for LCA, flying alongside and ahead and giving necessary inputs to the jet by using its sensors. The internal payload carrying capability, low radar cross-sectional area, and a fine composite structure allow the Warrior to operate in stealth mode. The other elements used in the warrior are ASEA (active electronically scanned array), a jammer for intelligence, inertial navigation unit, electro-optic/Infrared payload, combat operations, and surveillance and reconnaissance. All such capabilities make the project an immediate necessity for the Indian forces.