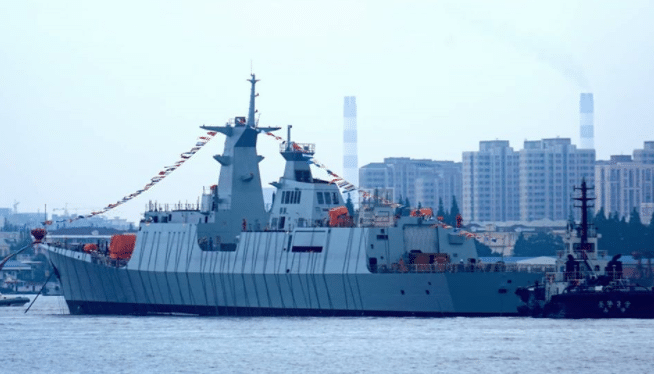 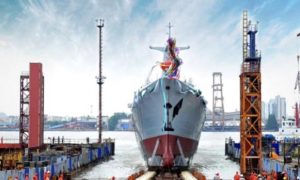 This year in January, China launched the second Type 054A/P Frigate for Pakistan in Shanghai. At the launch ceremony, the Naval overseer of the Pakistan Naval Chief identified that Pakistan’s maritime deterrence and defense capabilities would be enhanced with the induction of Type 054A/P warships. In January 2021, at the Hudong-Zhonghua shipyard, the launching ceremony of the second Type 054A/P was held. The first frigate of this type was delivered to Pakistan in August 2020. The event of the second launch coincided with the celebration of 70 years of Pakistan-China diplomatic relations. In a statement of the Pakistan Navy, Pakistan-China relations were called the relation built upon mutual trust and a historic bond of friendship.

The original contract of four type 054A/P frigates was given by Pakistan Navy to China in 2017, after which the first ship was launched in August 2020. According to the official statement from Pakistan Navy, all the ships are being delivered as per the scheduled time. Type 054A/P frigates will be the most advanced of Pakistan Navy’s surface fleet in terms of technology. They are equipped with subsurface, surface, and anti-air weapons, combat management systems, and sensors. According to the Chief of Naval Staff of Pakistan Navy Admiral M Amjad Khan Niazi, the ships will boost the Pakistan Navy’s potency and maintain peace and security in the region.

The overseer of the Pakistan Naval Chief asserted that the launch ceremony is proof of hard work by the Chinese shipbuilding trading company and a great memory for Hudong-Zhonghua shipyard at this difficult time of an ongoing global pandemic to keep the modernization program on track. The research associate of PLA Naval Military Studies Research Institute Zhang Jane claimed that the type 054A/P type frigate, the upgraded version of type 054A, is one of the most advanced frigates of China. The new version is equipped with an upgraded radar system, a better air defense capability, and a large number of missiles having a longer range. The frigate also has a world-class stealth capability. These frigates are the mainstay PLA and are 30 of these vessels in China’s fleet.

Pakistan is replacing its existing fleet with the upgraded ones from friendly countries like China. They are also getting the transfer of technology that can enable them to indigenously produce the ships themselves. Since the early 1970s, Pakistan has been using Chinese-origin platforms. Cooperation between both the Navies of Pakistan and China in terms of bilateral exercises, high-level exchange visits, and training has remained a continuous practice. The naval collaboration between both states got strengthened after the F-22P frigates contract.

In addition to the four 054A/P ships, Pakistan has also ordered the construction of eight Hangor-class submarines and long-endurance medium-altitude UAVs from China. The contract for submarines is also given to China’s Shipbuilding and Offshore International Co. Ltd. Half of these will be built in China, and the other half will be built in Pakistan. These developments are extremely important for guarding the sea borders against potential threats. Moreover, this naval modernization is a guarantee for peace and stability in the region.