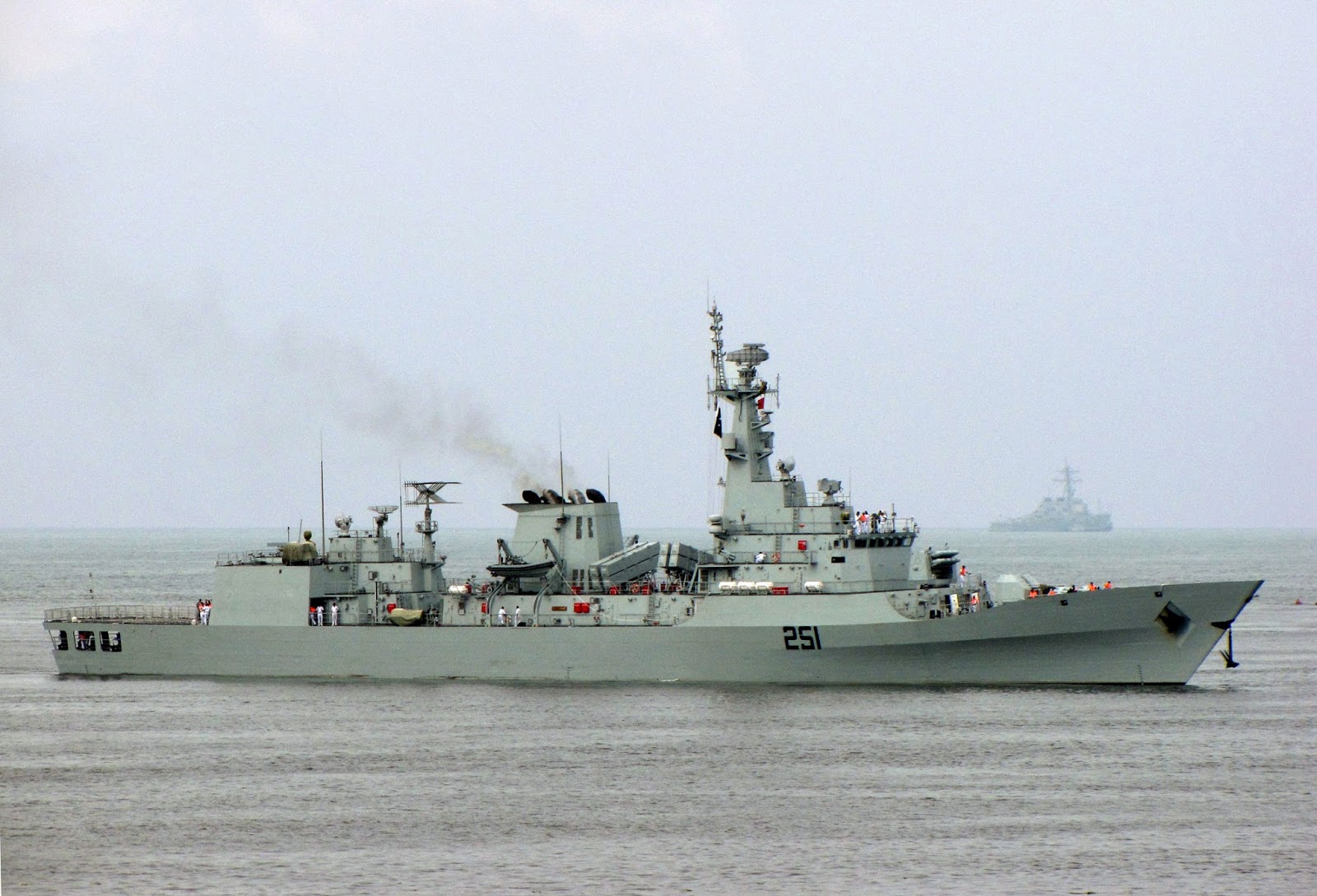 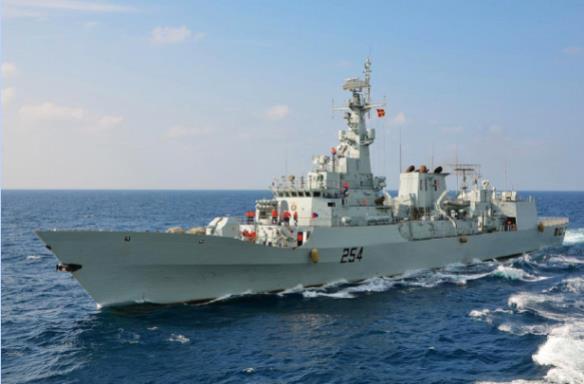 Pakistan inked a deal with China in May 2006 to purchase four F-22P frigates for the Pakistan Navy. The deal, which comprised the ships with ToT, six Harbin Z-9EC helicopters, and a weapons package, was estimated worth $750 million. Today, the Zulfiquar-class F-22P Frigate is one of the Pakistan Navy’s primary frigates, mainly with the historic Tariq-class (Type 21) frigate Pakistan purchased from the United Kingdom 1993-1995. The F-22P, to replace the outdated Shamsher-class (Leander), contributed to the expansion of the Pakistan Navy’s frigate fleet.

In the early 2000s, Pakistan began discussions with China for four frigates. The Chinese presented a design concept for the F-22P in 2004, which was the first formal start. In December 2004, the then-Pakistan Navy Chief of Naval Staff (CNS), Admiral Shahid Karimullah, said that discussions were in the “final stages.” The Chinese displayed a mockup of the concept they submitted to the Pakistan Navy during the 2004 International Defence Exhibition and Seminar (IDEAS). The F-22P was a Type 053H3 version with a significantly modified superstructure and reduced radar cross-section (RCS) design components. Otherwise, they are almost similar. The Type 053H3 was the last of China’s historic Type 053 frigate series, the People’s Liberation Army Navy’s backbone. The key distinction between the Type 053H3 and preceding Type 053 variations, with 10 ships completed, was that it was a genuine multi-mission design, consisting of anti-ship warfare (AShW), anti-submarine warfare (ASW), and anti-air warfare.

However, the F-22P entered the Pakistan Navy fleet at an unusual period because it used older generation subsystems compared to modern ships, despite being a multi-mission design. It’s conceivable that the Pakistan Navy wanted to outfit the ship with more new subsystems but decided against it owing to expense. Finally, the F-22P was configured similarly to the Type 053H3. In any event, the Pakistan Navy obtained the F-22P at a relatively inexpensive cost, most likely in the $150 million range per ship. Furthermore, the Chinese provided a loan to support the transaction. The credit of such magnitude was uncommon in Pakistan, particularly in the West.

The lead ship, PNS Zulfiquar, was launched by Hudong-Zhonghua Shipyard in 2008 and commissioned by the Pakistan Navy in 2009. The PN inducted the following two F-22Ps, PNS Shamsheer and PNS Saif, in January and September 2010. In 2013, the Pakistan Navy got its fourth and last F-22P, PNS Aslat. Under the ToT arrangement, Karachi Shipyard & Engineering Works (KSEW) constructed PNS Aslat in Pakistan. According to reports, the Pakistan Navy planned to buy two more F-22Ps, which would have gone to KSEW. Negotiations for two more ships have been confirmed by China Shipbuilding Trading Company (CSTC). However, the Pakistan Navy did not carry out this plan, instead opting for new designs, such as Type 054A/P and MILGEM.

The F-22P’s hull incorporates the radar cross-section reduction of China’s type 054 frigate, which aids in avoiding detection by radars installed on other ships, aircraft, and anti-ship missiles. The frigates are capable of operating in multi-threat settings and are outfitted with long-range surface-to-surface and surface-to-air missiles capable of striking numerous targets simultaneously. They are also equipped with undersea sensors capable of detecting nuclear and conventional submarines from a considerable distance. The F-22P frigate can house around 200 men and is powered by four primary diesel engines. Long-range sensors, navigational radars and trackers, sonars, electronic warfare systems, countermeasures (ESM/ECM) systems, and modern management & control systems are all aboard the frigates.

The F-22P frigates are outfitted with a single 76.2mm primary gun, eight C-802/CSS-N-8 subsonic Saccade anti-ship missiles, an eight-round FM-90 surface-to-air missile (SAM), and two hangar-top types 730B 30mm CIWS systems. They are also equipped with RDC-32 anti-submarine rockets, two triple ET-52C torpedo tubes, cutting-edge homing weapons, and depth charges. The primary weapon was developed in China and is modeled on the Russian AK-176M. To minimize radar cross-section, the Chinese model has a modified stealth turret. The gun is capable of engaging other ships and aircraft as well as defending against anti-ship missiles. The anti-ship C-802 subsonic surface-to-surface missiles are delivered in two containers with four cells each, positioned between the main deck and the hangar. The two containers can also be filled with anti-ship and anti-submarine armaments and carry CY series anti-submarine missiles.

Between the main deck and the main gun, the FM-90N SAM system is placed. The system consists of eight cells, each housing one missile. The system is mounted on a platform that can be raised in the direction of the danger. Using several guidance modes, the FM-90N can engage a variety of targets. Supersonic and subsonic sea-skimming missiles are among the possible targets. The technology is also intended to tackle tiny targets like unmanned aerial vehicles (UAV). The 730B CIWS is mounted on the aircraft hangar and is armed with two 30-mm Gatling guns with seven barrels. The CIWS is outfitted with a type 347G radar and an OFC-3 electro-optic director. It can also be equipped with the FL-3000N fire-and-forget missile system by mounting up to two FL-3000N launchers on each CIWS gun mount.

Each of the F-22P frigates is capable of transporting Z9EC anti-submarine helicopters. Pakistan has already received two Z9EC helicopters. Surface-search radar, Doppler navigation systems, and radar warning receivers are installed aboard the helicopters. They also have torpedoes and low-frequency dipping sonar. Small aerials on their roofs allow C-802 anti-ship missiles to be targeted over the horizon.

According to naval officials, Pakistan Navy is “modernizing its current fleet of warships and aircraft via modifications to their armaments and electronic suites.” The Pakistan Navy may update its F-22Ps, and the new systems and armament package might be modeled by the Type 054A/P or MILGEM. If the Pakistan Navy decides to upgrade the F-22P, it will probably consider replacing the primary air and surface search radars and the ESM and CMS. It is unknown if it will pursue upgrades to the AAW suite, but if the F-22P can support a VLS, a more extensive upgrade is possible.