The Nuclear Duplicity of NATO 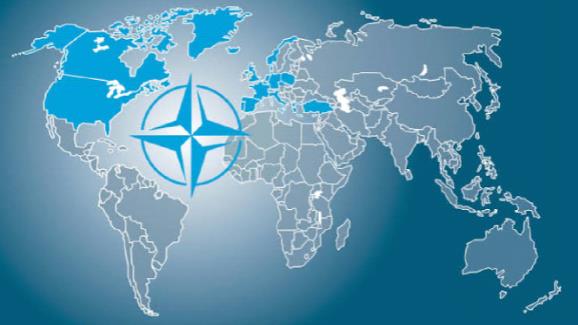 North Atlantic Treaty Organization (NATO) is a military and nuclear alliance of 30 European and North American countries. Based on the fundamental idea of collective self-defense, it was established after World War II and during the Cold War to contain and counter Soviet military forces present in Europe. The three nuclear weapon states in NATO are the United States, the United Kingdom, and France. The prime guarantee of this collective self-defence (Article 5 of NATO) comes from these nuclear members in NATO. Since its formation in 1949, The Nuclear Duplicity of NATO has been widened, scope, and sphere of influence. Despite being a nuclear alliance, NATO says it is committed to forge and support such an environment that would lead to a non-nuclear world. Though it somewhat contributes to the universal goal of nuclear disarmament and non-proliferation, it is inherently a nuclear alliance itself. It would remain a nuclear alliance provided that the nuclear weapons remain present in the world.

Nonetheless, NATO hopes to be a non-nuclear alliance. This indicates that the three nuclear states (the US, the UK, and France) must forego their nuclear weapons for the disarmament goal as per Article 6 of the Nuclear Non-proliferation Treaty, to which they are signatories. Also, the rest of NATO members must pursue Non-Acquisition and Non-Transfer rule (Article 1 and 2 of NPT) for limiting proliferation and committing not to acquire nuclear weapons. This achievement is possible but seems a bit far, seeing the nuclear Duplicity in NATO and that the Nuclear Non-proliferation Treaty is yet to achieve its full implementation. Moreover, it teemed with other challenges from different directions, including disparities within the member states.

The changing international environment, the competition between great nuclear powers (US-Russia and US-China), the resurgence of nationalism across the globe, the proliferation efforts of states (e.g., North Korea, Iran, India, and Pakistan), the rise of non-state actors, polarization within the Non-proliferation Treaty, the continuous spread of Nuclear Technology, the non-compliance of NPT members, and the controversy regarding disarmament rule (Article 6) of NPT are the main challenges towards NATO’s realization of being a non-nuclear alliance. These challenges increase the threat of the use of nuclear weapons and pose security concerns and economic pressures on rival leaders to commit more resources to increase their capacity and counter options. Not surprisingly, these options are often in the form of enhancing nuclear armaments and hard power capacity.

Even though NATO members realize the scope and magnitude of the destructive nature of the consequences of nuclear proliferation, member states are working more against nuclear disarmament and non-proliferation. The alliance continuously seems in favor of nuclear proliferation. The prime example is three nuclear weapons states (NWS) within NATO, the US, the UK, and France. These states take a different approach (opposite to non-nuclear-weapon states) in interpreting the disarmament rule (Article 6 of NPT). NWS must work towards disarming their nuclear weapons, which is the end goal of NPT. Despite the solid and unambiguous wording of the rule and ICJ assertion, NWSs are in no favor of disarming their weapons or completing the negotiations with a result. Instead, they give pacification and lip service to non-nuclear-weapon states. Consequently, this increases NNWSs’ concerns over the risk of nuclear weapon use in the existing unfair and power-serving nuclear order.

In this way, these NATO members also undermine the assurances and adherence to NPT. This nuclear order also impairs the aspirations and commitments of the international community of disarmament in building a world free of nuclear and destructive weapons. Additionally, it also provokes the regional and global arms race and nuclear warfare, putting the peace and security of all states in danger. When the international community is adhering to the Treaty on the Prohibition of Nuclear Weapons (TPNW) and norm of nuclear disarmament, NATO states are undermining the incentives against nuclear weapons and their security by not joining the Treaty. The end goal of TPNW is the elimination of nuclear arsenals and nuclear threats from the world. As per NATO, it also aims for the same goal, but still, it is not yet ready to follow the cause; instead, it is hostile to it because it deems TPNW as hostile to its exceptional values. This opposition to TPNW has no legal basis.

Some NATO states have, however, taken initiatives in supporting and joining the TPNW and disarmament cause. But the overarching question about NWS remains there. NATO’s long-standing goal of nuclear disarmament and nuclear non-proliferation is based on its credible nuclear deterrence and defense posture. However, the security challenges – including terrorism, grey zone warfare, and hybrid warfare – and states’ continued proliferation efforts might soon reduce the effectiveness of NATO nuclear posturing. By this time, some even say that NATO postures and policies are not effective. On the contrary, it has destabilized international relations by its activities, encouraging proliferation, provoking an arms race, and expanding its sphere of influence.

There was no mention of nuclear weapons in the North Atlantic Treaty. Still, NATO has steadily infused its right to use nuclear weapons or weapons of mass destruction (WMDs) and identity as a nuclear alliance. NATO needs to start materializing the hope of being a non-nuclear alliance by adopting a far-sighted approach while demonstrating its commitment to nuclear non-proliferation and complete disarmament. The NWS needs to renegotiate and redefine the disarmament rule to strengthen the global disarmament norm, alleviate NWS’s fear of nuclear use, and curtailing arms races and economic pressures. Lastly, NATO should reshape its nuclear and security posturing and priorities in favor of nuclear disarmament, establishing the foundation of a non-nuclear alliance.