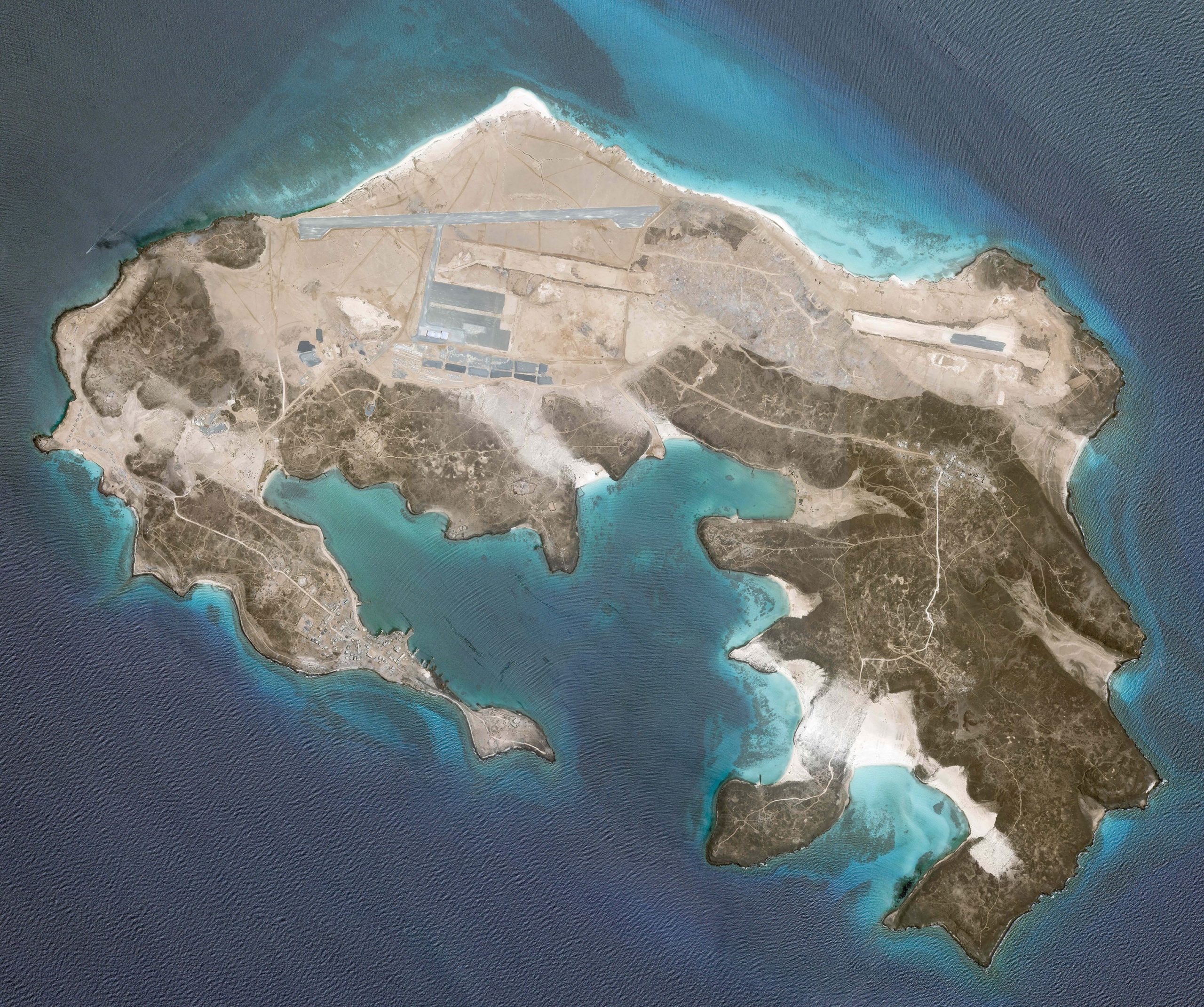 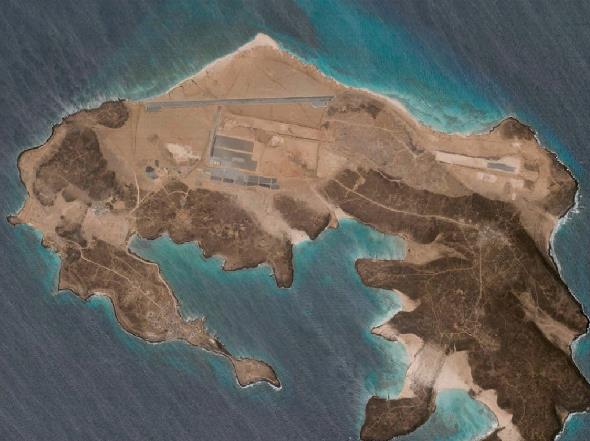 A mysterious airbase is under construction on a volcanic island that sits some 3.5 kilometers (2 miles) off the Southwestern edge of Yemen. Also known as Perim Island, its significance lies in its strategic location at the entrance to the Red Sea. The construction on the Mayun Island airbase in the Bab el-Mandeb strait is not claimed by any country, yet the shipping traffic associated with an earlier pursuit to build a massive runway across the 5.6 kilometers (3.5 miles) hooks back to the UAE.

Military officials in Yemen’s internationally recognized government said the UAE is behind recent efforts as well. Those officials, in speaking to the Associated Press on the condition of anonymity, claim that Emirati ships are seen hauling military weapons, equipment, and troops to the Island in recent weeks. The building of the runway on the Island is one of the factors responsible for strained relations between UAE and Yemeni President Abed Rabbo Mansour Hadi, who have demanded the letter to sign a twenty-year lease agreement for the Mayun.

While Perim Island is only a lump of volcanic rocks providing a foothold astride major commercial routes, it sits in one of the world’s crucial maritime chokepoints for both energy shipments and commercial cargo. The Bab el-Mandeb strait, where the Red Sea confluences with the Gulf of Aden in the Arabian Sea, is only 20 kilometers (12 miles) wide, making hundreds of ships potentially an easy target. However, the buildup of Airbase on the Mayun indicates the UAE is still hedged in the Yemen conflict despite its formal departure from the conflict in 2019. Commenting on the news, Jeremy Binnie, the Mideast editor at the open-source intelligence company Janes said, “This does seem to be a longer-term strategic aim to establish a relatively permanent presence.” He noted that it is not only due to the Yemen war, but the shipping situation makes the primary factor behind the quest.

United States Senator Chris Murphy called the base “a reminder that the UAE is not actually out of the Yemen Island.” The runway on the Island would allow anyone who controls it to implement force into the strait, and launch airstrikes into mainland Yemen, gripped in year’s long war. Besides, it will also provide a platform to conduct any operations into the Red Sea, the Gulf of Aden, and nearby East Africa. Satellite imagery obtained by Planet Labs Inc. showed dump trucks and graders building a 1.85 kilometers (6,070-foot) runway on the Island. The work appeared complete by May 18. This massive runway can help attack, surveillance, and transport aircraft.

The Saudi-led coalition that interfered in Yemen retook the Island from the Iranian-backed Houthi militants in 2015. UAE initiated the project to build a massive runway over 3 kilometers (9800 feet) long by the end of 2016. Construction, however, halted in 2017. The recent push for the runway came hastily around February 22, some weeks after President Joe Biden announced he would end U.S support to the Yemen war. Another nod stems from the dismantling of UAE’s Military Airbase in Eritrea, which is used to launch attacks for its Yemen campaign. Analysts believe the proximity and small population on the Mayun provides an excellent alternative to oversee the Red Sea.

An Israeli military intelligence news site Debkafile has named construction efforts a “UAE military project” meant to control shipping in the strategic Bab el-Mandeb strait. It has further elaborated that an attack helicopter base would also be constructed on the Island. “It will give the Emiratis a jumping-off pad for rapid deployment of forces to reach Yemen.”