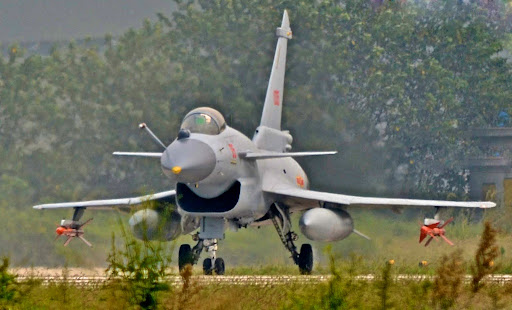 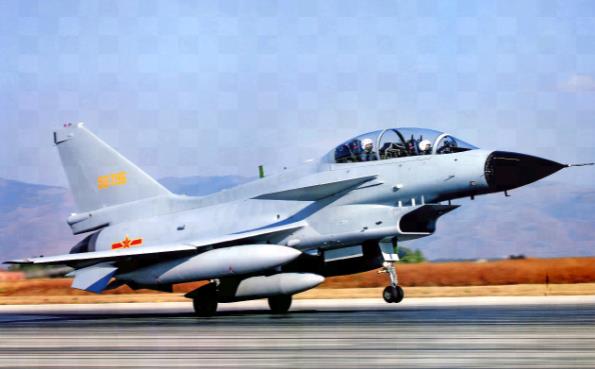 In 1981, PLAAF Commander Zhang Tingfa proposed Deng Xiaoping to construct a third-generation fighter for CN 500 million, which was approved by the Central Military Commission later that year. It was the first Chinese aircraft program to use modern construction and procurement methods. In one deviation from the past, the supplier was now personally accountable to the consumer, allowing the PLAAF to clarify the specifications and ensuring these were met; historically, suppliers were responsible to their management department, resulting in goods that did not satisfy end-user requirements. Another distinction that a design was chosen by a process rather than assigning a project to an institute and choosing the institute’s design.

The three large aircraft research institutes submitted design proposals. Shenyang’s proposal was based on the company’s scrapped J-13, which had an F-16-style strake-wing. Hongdu’s design was based on the MiG-23/Su-24 but with a variable-sweep wing. The Chengdu Aircraft Design Institute’s (CADI) concept was a Saab 37 Viggen-style design built on the company’s canceled J-9. In February 1984, CADI’s suggestion was chosen. The aircraft was officially guided to be developed and manufactured by CADI and Chengdu Fighter Factory, respectively, the following month.

During the concept proposal period, the engine was chosen. Potential candidates included an upgraded Woshan WS-6, the WP-15, and a new engine. In 1983, the latest engine, the Shenyang WS-10, was selected. In 1986, the State Council and the CMC authorized the initiative, code-named “No. 10 Project.” In the years that followed, interest waned, limiting investment and delaying growth. The Gulf War reignited excitement and provided ample resources. In contrast to previous systems, the J-10 resisted debilitating requirement creep.

It was impossible to implement technology. The J-10 was much more complicated than previous iterations of Chinese aircraft. According to Chengdu, approximately 60% of the aircraft needed modern technologies and components, compared to the normal 30% for new aircraft; the high proportion represented both specifications and restricted domestic capacity. The J-10 helped develop and modernize China’s aviation industry; the software was an early Chinese consumer of digital design, modeling, and research, including computer-aided design (CAD) and computational fluid dynamics. The J-10 was the first Chinese aircraft to use computer-aided design (CAD) extensively in its structural design, enabling the comprehensive design to be completed in 1994. Since computer modeling skills were minimal, the hydraulics device was checked with physical models.

In June 1997, the first J-10 was assembled. On March 23, 1998, Lei Qiang took the first flight; Lei was selected for his familiarity with new, international, third-generation aircraft. Beginning in 2003, PLA training units obtained the J-10 ahead of time. Weapons experiments took place in the autumn of that year. Finally, in 2004, the proposal was completed. Crash rumors during flight tests were mishaps caused by the AL-31 compressor. The J-10 went into use in 2006. The Chinese government publicly unveiled it in January 2007, when the Xinhua News Agency released images. By 2016, Russia’s Siberian Aeronautical Research Institute (SibNIA) also joined the initiative. But, according to SibNIA, it was just acting as “scientific aids” through watching and instructing.

The aircraft’s configuration was built around a tailless delta (triangular planform) wing, foreplanes, and a swept-back vertical tail. Near the tail, there are two sets, outwardly canted ventral (on the underside of the body) fins. The J-10 is very close in size and configuration to the Israeli Aircraft Industries Lavi combat aircraft, similar to and developed technology from the USAF F-16 aircraft. The horizontal close-coupled foreplanes on the forward fuselage (wider than those on the Lavi) enhance take-off and low-speed handling.

The J-10 has 11 external hardpoints: five on the fuselage, one on the centerline, and a pair on either flank, as well as three on each wing. The outer wing stations are equipped with air-to-air missiles such as the Chinese-made Python 3 PL-8, P-11, or PL-12, or the Russian-made Vympel R-73 (AA-11 Archer) or R-77 (AA-12 Adder). The China Academy approved the manufacture of the PL-8 infrared homing short-range air-to-air rocket, a version of the Israeli Python 3 missile (formerly the Luoyang Electro-optics Technology Development Centre). The PL-11 is a modified version of the MBDA Italy Aspide medium-range air-to-air missile produced under license.

The PL-12 missile was developed in collaboration with Russia and produced in China. It is driven by a Chinese-developed rocket motor and has a range of 50 miles and a top speed of Mach 4. The aircraft is capable of carrying laser-guided rockets, anti-ship YJ-8K or C-801K solid rocket-powered missiles, CHETA’s C-802 ground assault and anti-ship turbojet-powered missiles, and the YJ-9 anti-radiation weapon. Internally, above the nose wheel on the port side of the forward part of the fuselage is a 23mm cannon.

The aircraft may be equipped with a forward-looking infrared and laser target designator pod that enables the deployment of laser- and satellite-guided missiles. The Chinese Type 1473 radar, the Russian Phazotron Zhuk-10PD or Zhemchug, the Chinese JL-10A, the Israeli IAI Elta EL/M-2023, or the Italian Galileo Avionica Grifo 2000 are all possible pulse-Doppler radar matches.

The single-seat combat aircraft was designed as a two-seat variant as a trainer aircraft and an electronic warfare aircraft equipped with a zero-zero ejection seat. The two-seat version completed its first flight in 2003. The aircraft is equipped with a digital fly-by-wire flight control device and HOTAS (hands-on throttle and stick) control, incorporating all necessary fighting controls into the pilot’s two handholds. A large field of view head-up monitor, a helmet-mounted arm scope, and one full-color and two monochrome liquid crystal multifunction screens are used in the cockpit displays. A 1553B data bus is used to link the avionics.

Saturn Lyulka AL-31 turbojet engines power the J-10 combat aircraft. The concept and initial development aircraft are equipped with the AL-31FN engine, which produces 79kN and 123kN with an afterburner and is currently used in the Chinese Air Force’s Su-27 and Su-30 aircraft. The Super-10, a more powerful and sophisticated version of the J-10 first recorded in 2006, is equipped with Salyut’s AL-31FN M1 missile. The AL-31FN M1 delivers 132.5kN and features a maximum authority automated engine control system and a four-way swiveling exhaust nozzle for vectored thrust.

Internally, the aircraft can carry up to 4,950l of diesel, with 3,180l in the wing tanks and 1,770l in the fuselage tanks. A fixed refueling probe is mounted halfway up the forward port side of the fuselage, just ahead of the pilot, for in-flight refueling. In addition, the J-10 is refueled aerially by a Xian H-6U tanker aircraft. Additional fuel can be stored in auxiliary tanks along the fuselage’s centerline and on the innermost pair of each of the three sets of wing hardpoints.

The J-10 is capable of flying at a top speed of 2,327km/h and has a service limit of 18,000m. The aircraft’s length and battle radii are 1,850km and 550km, respectively. By the end of 2019, approximately 500 series had been developed since the J-10 was commissioned in 2004. Among them, there are approximately 300 J-10A, 56 J-10B, and approximately 150 J-10C. The J-10A was phased out in 2014, and 56 J-10Bs were also phased out following launch. Chengfei primarily manufactures J-10C fighters at the moment. On a technological basis, the J-10B fighter and the western EF-2000 Typhoon and the latest upgraded Rafale fighter, and the Russian Su-35BM fighter are classified as third-generation and half-fighter aircraft. Simultaneously, the Chinese Air Force’s latest specifications for the J-10B’s attack and defensive capability have emphasized the aircraft’s ground attack capabilities.

Due to the Chinese Air Force’s enormous scale, it would be impossible to upgrade all fourth-generation aircraft easily. Therefore, potential air combat operations will also be performed by upgraded three-generation and half-fighter aircraft. China has ceased manufacturing of three generations of J-10A and J-11 / J-11B fighters and changed its emphasis to three and a half generations of J-10B, J-15, and J-16 fighters, thus ensuring the Chinese Air Force’s technical superiority over competing for three-generation aircraft before the introduction of the J-20 equipment. Furthermore, since the F-20 enters service, it can be used on various other missions as a more sophisticated multipurpose fighter.