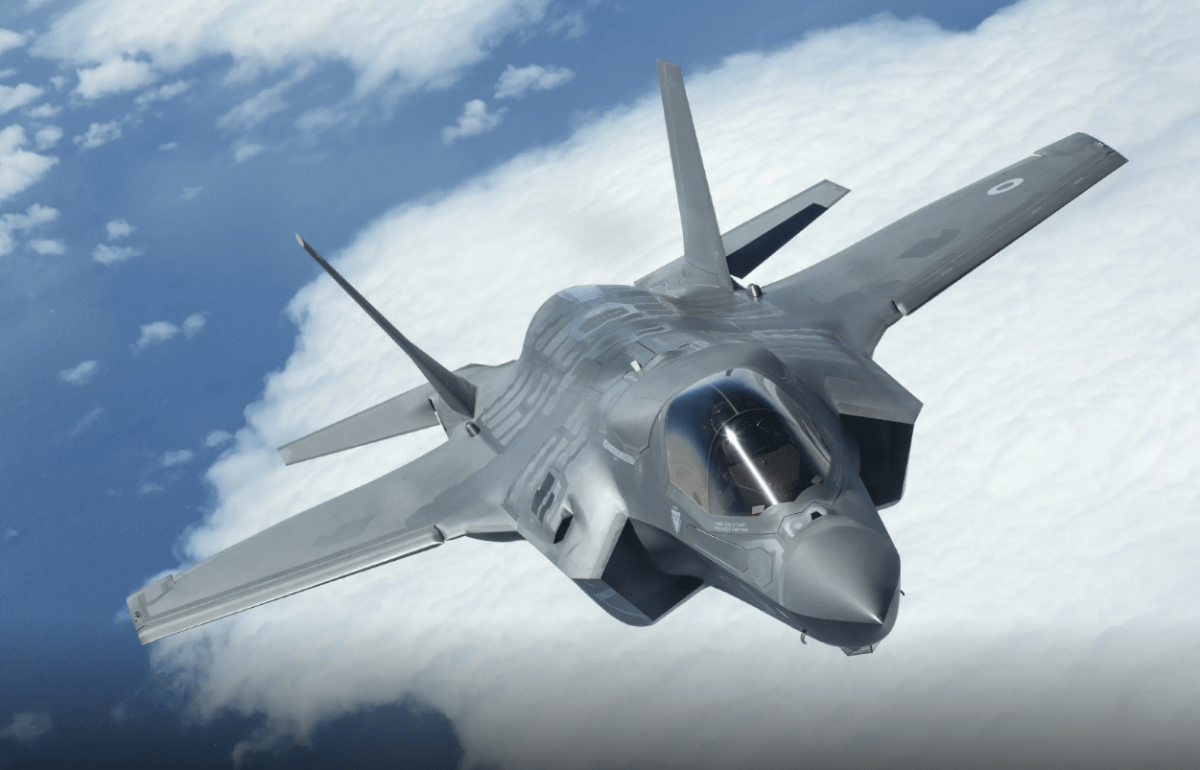 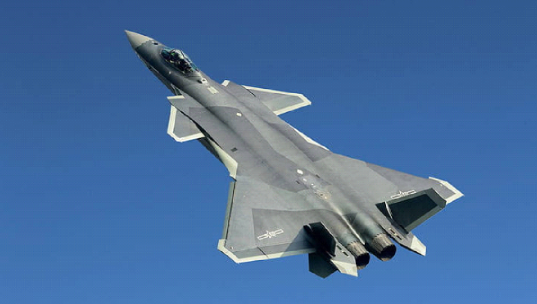 The dawning age of fifth-generation aircraft will determine the following winners and losers in the globe. Currently, the only fully developed fifth-generation fighter aircraft is United State’s F-22 Raptor. The US is now leading in technology and is soon joined by countries like China and Russia. The European states are reluctant to join the clan soon. Chinese are working their best to develop a multi-role fifth-generation aircraft, and it is possible that they might supersede the European market for fighter jets very soon. The global market will shift towards China, considering the affordable fifth-generation aircraft they are seeking to produce.  China, down the road, will be a vital competitor for Russia and the US. However, there will be some policy and political ramifications in the global market for fighter jets.

China and the Global Market:

The aircraft industry has made an apparent quantum leap in China. In modernizing its Air Force, Beijing has made considerable investments in the aviation industry controlled by the state. Recently, China has imported some aircraft from Russia or produced licensed versions of some Russian jets with some modifications. Meanwhile, they have also worked hard to accomplish the production of indigenous fighter jets. Beijing achieved its aim of producing the first modern fighter jet in the shape of Chengdu J-10. It was a global surprise when the Chinese unveiled the prototype of J-20, its next fighter generation aircraft. The Russian technology and engine are used in this jet, while other details are still unknown. These advances were made possible after a complete process of reverse engineering, purchasing, and further developing the Russian jet technology. However, the export licenses are approved by Russia because it already considers China a strong market competitor.

The US and European states are still providing dual-use technology to China despite China’s arms embargo. Western countries did not halt their sales to the Chinese authorities because they were getting substantial financial benefits from it. On the other hand, there was also a negative effect to it. Chinese could use this technology from the West in their upcoming projects like the J-20 fifth-generation aircraft. Within a decade Chinese got their fifth-generation jets guarding the skies. The goal of the Chinese establishment since the 1990s has been to develop their defense industry stronger for making reliable, solid, and self-sufficiently equipped armed forces. In this modernization process, the aviation industry, especially the air force, got preferential treatment.

Up-gradation of the Aviation Industry by China:

There is no doubt that the Chinese are keeping a good pace with global modernization trends, but they have yet to level with the Russian and US modernization. The trends and recent programs show that they will catch up soon. China is prioritizing not only to modernize its air force but also to discover export opportunities as an effective source of revenue. China will get an advanced status in 4+ generation type aircraft to receive orders from developing states produced by Russia, the US, and Europe. China is already in partnership with states like Pakistan and is seeking to get new trading partners. In the long run, the Chinese developments show that they will leave the European countries far behind in the global market to produce fifth-generation aircraft. The Chinese models will be a significant competitor for the 4++ generation types plus the Russian and US models in the future.

The growth and technological advancement in China is because of economic development. China’s rising power requires a robust national security strategy, which can only be maintained through the modernization of military equipment. In the current scenario when there is a chance of mutually assured destruction because of the nuclear factor. The only way left for an effective and calculated attack can be through fighter jets. The land and naval forces require more significant time for movement, and their activity can be monitored easily. While using the next-generation aircraft, it is possible to carry out a low-intensity attack under the threshold.

Currently, the Chinese economy can carry out necessary modernization. China has still not reached the level of technological advancement as the US and Russia have, but they are trying their best to catch up. The Chinese companies do not know the advanced technologies, but they can achieve the national aim. The military aviation industry has been benefitted the most from the economic progress in China. Globalization has dramatically impacted the development in China because the Chinese have used it for gaining access to different technologies around the world. They have used the military technology of the West by re-building, manufacturing, and assembling the parts of many military types of equipment.

Such access to technology is essential for China to gain self-sufficiency in production, leading to building a more sophisticated air force, especially fighter jets. But this would take time as the Chinese cannot produce the exact copies of some of the subsystems that exactly match the original ones. The most troubling issue in creating a next-generation fighter jet is the self-sufficient production of a turbofan engine. The turbofan engines produced by the Chinese themselves cannot fulfill the demands of the advanced fighters. In 2009, the head of the Chinese aviation (AVIC) admitted that the turbofan engines WS-10A currently produced by the industry are of unsatisfied quality. $1.5 billion of investment is already done by AVIC to research and develop the jet engine. This would enable the aviation industry to counter the issues of quality control and reliability.

The most recent accomplishment for Chinese aviation is in the shape of J-20 stealth fighter jets. The turbofan engine of these fighter jets has also been copied from Russian technology. The operational flights of these jets will reveal how sustainable these engines are. So far, it has been a great success for the Chinese defense industry that the self-made turbo engine runs smoothly. One engine used in the J-20 is the prototype of the Russian model, while the other would be an indigenously manufactured engine. The coupling of the engines is not apparent in the photographs revealed by the Chinese authorities. It is studied that the thrust vector WS-10G turbofans were used to power the production model. The maiden flight of the J-20 aircraft happened in 2011. Shenyang Liming Aircraft Engine Company has manufactured this thrust vector engine. The second test flight of the prototype occurred on the day of the People’s Liberation Army Air Force (PLAAF). The unveiling of the J-20 was a significant leap for Chinese aviation because they needed a modern multi-role stealth fighter jet.

The Russian and Western armed forces have claimed that Chinese aviation is still around 15 to 20 years behind the West’s sophistication and reliability in its production. On the other hand, the Chinese assert that they are at the heel of the US and other Western countries in terms of the advancement in the air force. Like every other jet including the 055 and 052D destroyers, FC-31 fifth-generation demonstrator, 075 amphibious, Y-20 strategic transport, 002 and 003 aircraft carriers, and H-20 stealth bombers being inducted in the squadrons of the Chinese People’s Liberation Army, the J-20 fighter jet will also be passed through different steps of analysis throughout the years. The first decade of the jet since its first flight will be analyzed. The entry of the plane into service, its development, and maturation will be monitored. A detailed discussion will be carried out on this analysis, and the reflections from the results will decide the future of this jet. The second decade of J-20 might contain some necessary modifications, and the plane’s reliability may be increased.

The J-20 fighter Aircraft is also known as the Mighty Dragon, and it has been made by Chengdu Aerospace Corporation in China. A total number of 50 aircraft has been produced now since its inception in service in 2017. After the F22 raptor and F-35, it is the world’s third fighter aircraft. Till 2017 there were many technical issues with the jet identified with the help of multiple test flights, and all these issues were resolved. The aircraft series needs to be upgraded, but the human resource must also be upgraded. The fifth-generation stealth multirole aircraft demands a skilled pilot to fly it. To achieve this aim, multiple training exercises have been launched that could teach the pilots about the specifications of the fifth-generation aircraft. They are also being trained to develop tactics that could be used for and against them. Night confrontation missions have also been conducted using these exercises.

Technological modernization is useless until or unless the human resource is trained. Because the pilots were incapable of these fifth-generation aircraft, there would be no use of this technology. Therefore, the Chinese are engaging in different combat exercises like the recent one with Pakistan to help their pilots get aware of the technology as soon as possible.