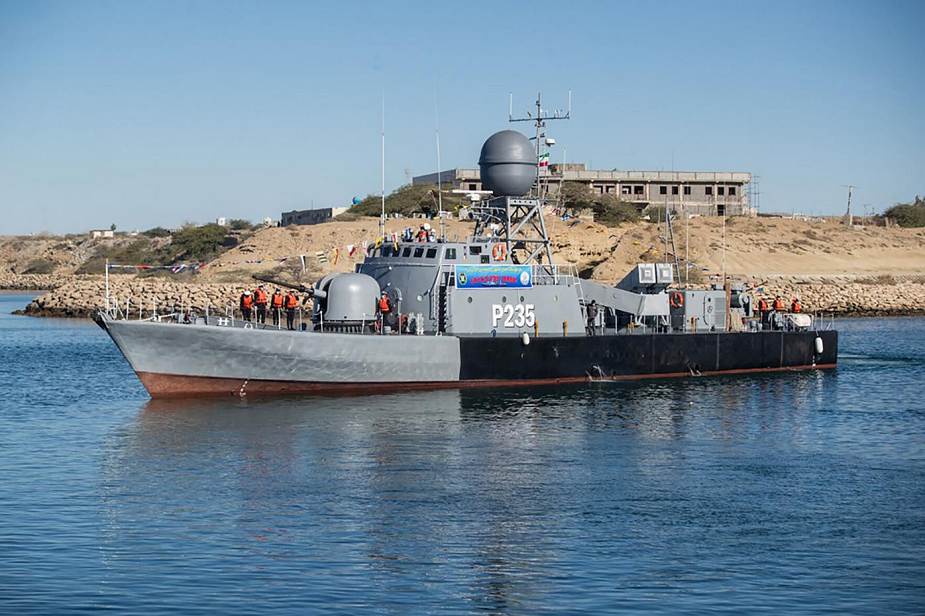 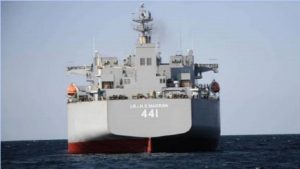 Iran’s navy received two new battleships on Monday, June 14, in an event broadcasted live on state-owned television, just a few days after revealing the deployment of a squadron to the Atlantic Ocean. In a speech, Iran’s President Hassan Rouhani remarked, “The defense ministry has done a massive job today in providing Two New Frigates to the Islamic Republic of Iran including the destroyer Dena and a minesweeper.” The warships were sent after Iran revealed on Thursday, June 10, that it had transported a small squadron of vessels into the Atlantic Ocean for the “first time” with the intent of “strengthening its maritime capabilities.”

The Dena “is an exclusively Iranian warship, with a helicopter landing zone and a range of defensive and combat weapons.” This statement was made by the chief of army staff while he acknowledged the warship’s abilities. It can “cover huge distances” and is capable of “destroying all airborne threats as well as subsurface dangers.” The minesweeper, widely known as “Shahin,” is moreover 33 meters long and capable of sensing and eliminating various types of naval mines, according to the claim.

The Iranian navy lost one of its largest ships, the Kharg, on June 2 after it was damaged by a fire that persisted for hours in the Gulf of Oman. The fire inside the Kharg frigate came after a series of unusual blasts in the Gulf of Oman in 2019, which targeted commercial ships. The United States Navy accused Iran of using sea mines, which are timed explosives commonly installed to a ship’s hull by divers.