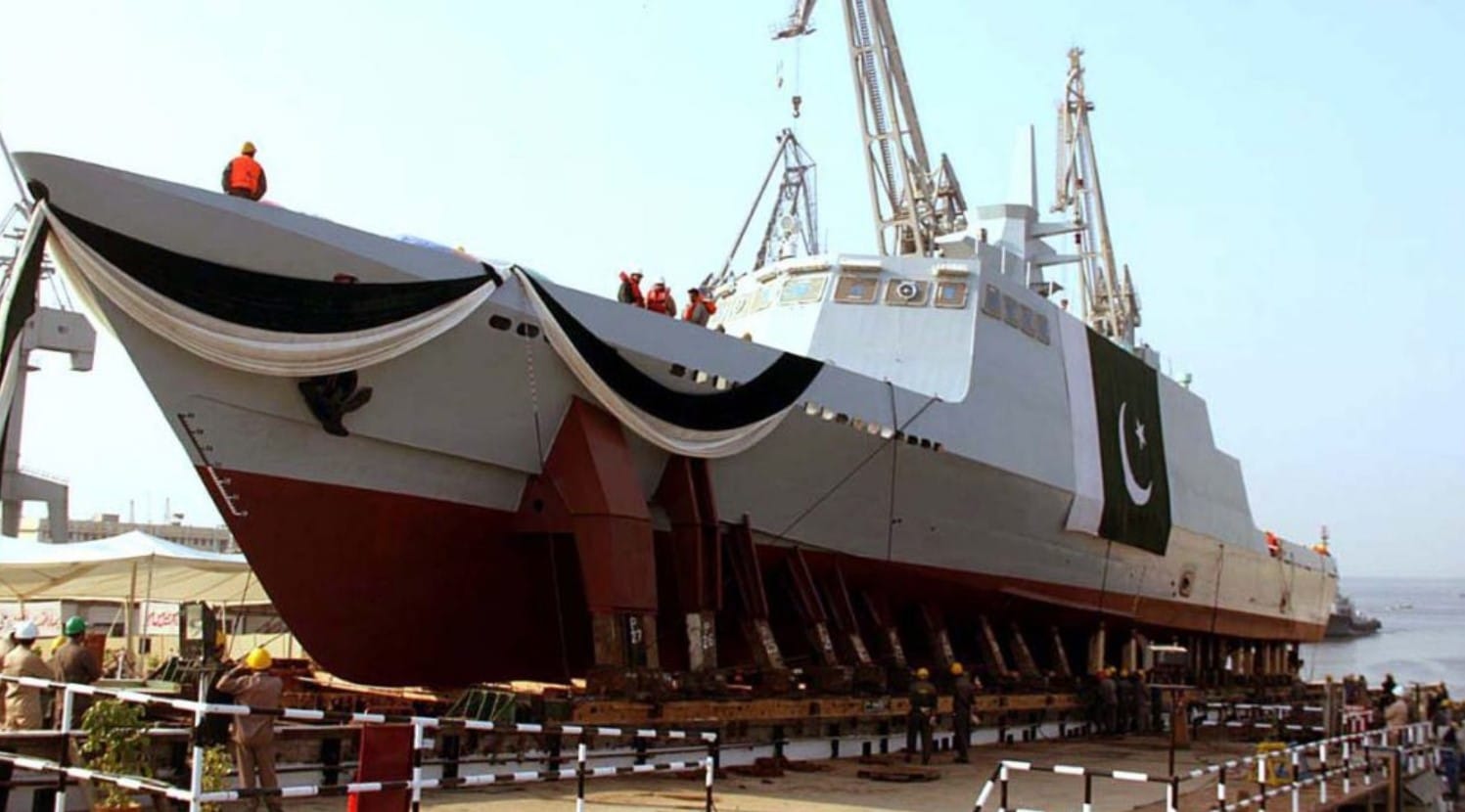 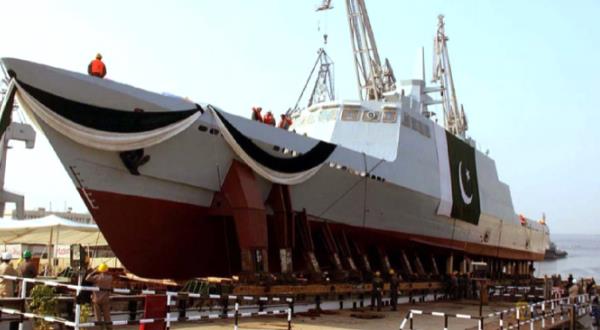 AZMAT FAC(M): A Milestone Achieved By China and Pakistan

PNS Azmat (1013), the first fast attack craft, was designed and developed by China Shipbuilding and Offshore Company (CSOC) and Xingang Shipyard. It was presented in September 2011 and put into service in April of 2012. On April 24, 2012, the Pakistan Navy deployed its first stealth FAC(M) named PNS AZMAT. This warship can reach speeds of up to 30 knots and is armed with anti-ship surface-to-surface and land strike missiles. The first class was manufactured in China through the Transfer of Technology. The Pakistan Navy has signed a technology transfer deal with CSOC and Xingang Shipyard to build two additional warships at Karachi Shipyard & Engineering Works (KS&EW). PNS Dehshat (1014), the second warship in the class, was unveiled in August 2012 and entered service in June 2014. The third missile craft’s initial steel was cut in April 2015, and her keel was set down at KS&EW in August 2015, with delivery planned for 2016.

The cutting-edge warship features a steel hull and an aluminum superstructure. Each ship is built following the China Classification Society (CSS) standards and norms, with a stealthier design that incorporates current missile and battle systems, as well as surface search and tracking radars. The quick attack vessel is 63 meters long and 8.8 meters broad, with a design draught of 2.46 meters and a displacement of 560 tons. Because of their small size, the Azmat class warships lack aircraft handling facilities. Each ship can accommodate a crew of 12 to 14 people.

The Azmat class is equipped with an AK-630 close-in gun system to defend the ship from approaching anti-ship missiles or other precision-guided weapons and a 25mm automatic gun as the primary gun. “The quick attack boats may be used for marine patrol, anti-surface combat, anti-air combat, search-and-rescue, and anti-piracy operations.” Radar and a TV-optical detection and tracking technology steer the AK-630 CIWS. The fully-automated rifle attachment may be controlled remotely through the control room or a remotely located gun-sight. The CIWS has a rate of fire of 4,000 to 10,000 rounds per minute and can hit targets up to 5,000 meters away. The warship also has two batches of tube launchers for shooting detonators and chaffs.

The Azmat class is equipped with two quad missile launchers capable of launching eight C-802 anti-ship cruise missiles. The C-802 is an exporting variant of the Chinese-made YJ-8 anti-warship missile. The missile can carry a 165kg time-delayed, semi-armored, high-explosive payload. It has an effective range of 120 kilometers and a top speed of Mach 0.9. The C-802 missile has an inertial and terminal active radar guiding system.

Each Azmat class, quick attack missile vessel, is propelled by four diesel engines that drive four fixed pitch propellers via two propulsion shafts. During high-intensity missions, the propulsion system allows the vessel to maneuver with ease. The ship has a top speed of 30 knots and a range of 1,000 nautical miles.

On Friday, July 28, 2017, the Pakistan Navy commissioned its third Azmat–class Fast Attack Craft at Karachi Shipyard & Engineering Works. The ship, named PNS Himmat, was undergoing sea testing since September 2017. It was to join the PNS Azmat and PNS Dehshat, and both purchased off-the-shelf from China Shipbuilding and Offshore Company as part of a four-FAC order placed in 2010. According to KSEW, the PNS Himmat features an “indigenously constructed Missiles System,” based on the Azmat FAC. The PNS Himmat features a twin triple missile launcher.

On November 27, 2019, Pakistan’s state-owned Karachi Shipyard and Engineering Works inaugurated the fourth missile-capable Azmat-class fast attack boat purchased by the Pakistan Navy. The warship, which is scheduled to have the pennant code 1028, was launched into the water during an event at KSEW facilities in Karachi, which was also attended by Pakistan’s Federal Minister for Defence Production Mohtarma Zubaida Jalal. The keel-laying celebration for the 63-meter-long multi-role craft, which has an 8.8-meter beam and a typical displacement of 566 tonnes, took place in March 2017.