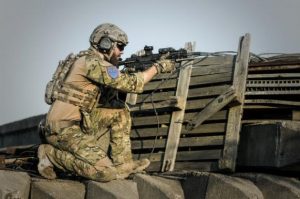 In February 2020, Philippine President Rodrigo Duterte announced that he intended to terminate the US-Philippines Visiting Forces Agreement (VFA) established in 1998. The abrogation would have to be effectuated after 180 days, but President Duterte has repeatedly suspended the termination of the agreement. Since the February 2020 decision, Duterte has suspended the abrogation two times. Both times, as an outcome of suspension, the pact was further strengthened and improved.

On June 14, 2020, President Duterte again suspended the decision to withdraw the Philippines from VFA for the third time since February 2020. As told by Foreign Secretary Teodoro Locsin Jr., the suspension was made for six months. It would allow both states to review the pact and address the issues, as said by Defense Secretary Delfin Lorenzana and Foreign Secretary Locsin. In exchange for not withdrawing from the pact, President Duterte has demanded more aid and around 20 million doses of coronavirus vaccine from the US, saying to the US, ‘No vaccine, no stay here. In addition, Duterte has asked the US to pay for the shared responsibility under the VFA.

The Biden administration in early June announced that the US would donate 80 billion doses of vaccine, and the Philippines would be one of the early recipients of the vaccines. In addition, the VFA operationalizes the Mutual Defense Treaty of 1951 between the US and the Philippines. The pact gives simplified access procedures for US military personnel to the Philippines. In other words, it eases the entry and temporary stay of US forces into the Philippines for official business, like routine military drills, bilateral military exercises (e.g., land, sea, and air maneuvering exercises), and joint combat training, under legal terms. It also lays down a series of procedures to sort out the problems that emerged due to US military presence.

The reason for terminating the pact in 2020 was that the US repealed its visa to Senator Ronald “Bato” de la Rosa, one of Duterte’s main political allies. The visa revocation was done due to the suspected killings of thousands of people because of the anti-drug campaigns and raids, primarily when led by Ronald Rosa as the Chief of the Philippine National Police. However, in a broader perspective, Duterte wants to pursue his “independent foreign policy,” which demands a stay-away from the US and alliance to Russia and China in terms of arms sales and closer economic and political ties.

The Philippines has been an ally to the US for several decades. The one-sided abrogation would be a jolt to the United States since it has somewhat higher stakes in the pact, especially when China is frequently trying to dominate its presence in disputed regions of the South China Sea. The retaining of the VFA ensures US military presence in the area and acts as a counterbalance to China. Moreover, the VFA supports mutual defense, between the Philippines and the US, in case of any foreign invasion, under the 1951 Mutual Defense Treaty. Moreover, it is a symbol and practical of the US-Philippines military and political alliance. Therefore, the abrogation of the agreement would weaken the Philippines’ deterrence against China. But disregarding that, Duterte wants to push towards his distance from the US and ties with China and Russia.

Iran and Venezuela will expand their oil cooperation.