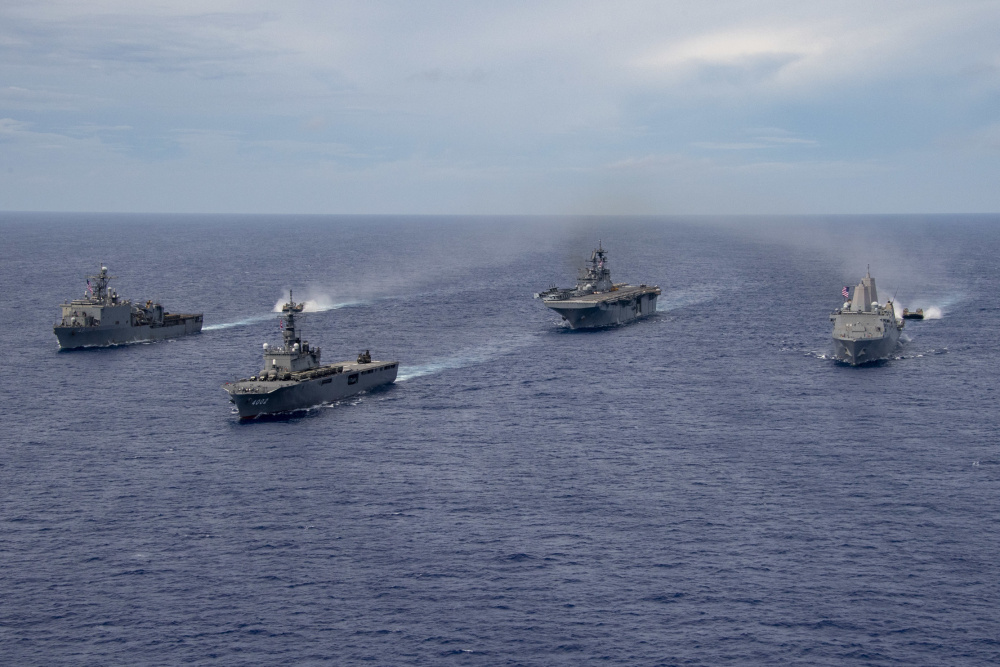 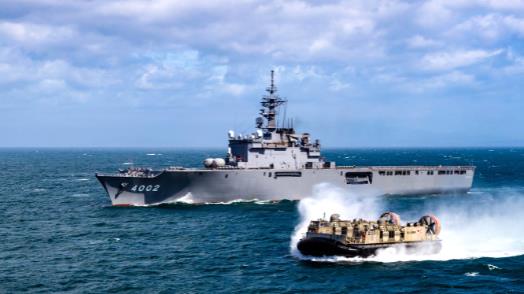 On the same day, a Landing Craft Air Cushion (LCAC) from JS Shimokita embarked USS Germantown’s deck to reciprocate the values and capabilities. As Captain Ken Ward, the Commanding Officer of USS America, said, this joint operation with Japan was a ‘great opportunity.’ He applauded the professional work and conduct of the Japanese Ship’s Captain and its crew. He said the operation ensured ‘a safe and rewarding exchange of aircraft and ARG landing craft’ and efficient seamanship of all four US and Japanese ships. The Commanding Officer of US New Orleans called this exercise an ‘outstanding training’ with Japan Maritime Self Defense Force. He also reaffirmed the shared aim of Indo-Pacific regional security and strengthening the US-Japan partnership.

The Commanding Officer of USS Greentown, Cmdr. Cullen Greenfield was pleased with the operation, saying these sorts of exercises that undertook the capabilities and interoperability with US allies are valuable in providing training and proof of US commitment to Indo-Pacific stability and security. PHIBRON 11 Commodore Captain Greg Baker said that these operations in the Philippines Sea with Japan Maritime Self-Defense Force have provided great interoperation values and enhanced our skills. He further noted that this activity with the most reliable ally in the region strengthens the partnership and makes both states flexible and formidable partners in times of need. Furthermore, seeing the remarks from the US Navy Officers and Japanese Maritime Officers, it is evident that this maneuvering and training exercise aimed to ensure the manifestation of US-Japan maritime communication, cooperation, US commitment and readiness towards Indo-Pacific security, and US-Japan partnership.