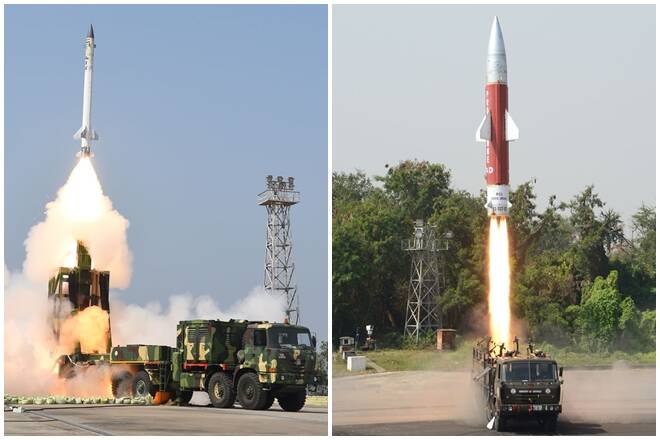 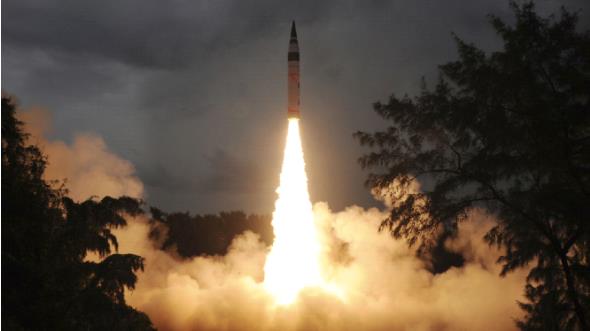 For over sixty years, India has aspired to become a technological peer of the major Eastern and Western powers alike. It has often benefited from geopolitical rivalries to escalate research and secure funding for its Ballistic Missile Programs. It has also been able to manipulate rival world powers to get technological aid in exchange for long-term allegiance. Due to its strategic location, large population, and strong non-aligned policies, major powers were propelled to provide New Delhi with critical information and supplies to aid its self-reliant missile production. This strategy has played a crucial role in India’s ability to produce Mid-Range Ballistic Missiles and Inter-Continental Ballistic Missiles indigenously. These missiles (Prithvi I and Agni I), still in use today, can carry both advanced conventional and nuclear warheads. They complete India’s triad of missiles. While the accuracy of these missiles may not rival that of the United States or Russia, they have allotted New Delhi the status of regional power while posing a grave concern to many of its neighbors, most prominently Pakistan and China.

In the early 1960s, the Soviet Union used the promise of technology sharing in missile development to sway many non-aligned countries to come under its sphere of influence. Persuaded by this promise, several states developed Scud-like ballistic missile platforms for the purpose of “scientific research” and defense. India used this technology to become the only state to create a domestically produced ballistic missile with satellite launch capabilities. As a result of Soviet military aid and later aid from Western powers, India has become a major manufacturer of space-based technologies. New Delhi turned to the Soviet Union in the mid-1960s for the development of a sounding rocket modeled after the U.S. Scout. These are essentially instrument-carrying rockets designed to take measurements and perform scientific experiments during sub-orbital flight. New Delhi’s space research and development facilities have historically provided a channel for foreign powers to overtly train its engineers and scientists.

India gained international approval for missile technology transfer under the umbrella of conducting “necessary” space research. This resulted in the growth of the space industry with minimal scrutiny from the major powers. The program initiated many large-scale changes. These included an open technological dialogue between India and the Kremlin. Personnel education, the development of small-scale production capabilities, and the handover of proper test procedures for advanced equipment took place. These experiments with sounding rockets concluded in developing a joint Soviet-Indian Satellite Launch Vehicle (SLV) in 1979. The SLV program played a critical role in developing, testing, and producing capable ballistic missiles by India during the later years. Former Prime Minister of India, Indira Gandhi, officially recognized ballistic missiles as a part of the Indian defense strategy in 1983 amid the fear of Pakistan.

The Indian defense rocketry program has always received critical support from West Germany and France. Unlike the Soviet Union, these states did not adhere to the precautionary technology transfers, especially with the more maneuverable liquid propellant systems. India has preferred cryogenic propellants over solid or liquid fuels due to their increased power and smaller size, focusing on the refinement of this capability. The Prithvi I came online in 1991 but was not fully equipped with nuclear capabilities until the integration of Prithvi II in the military in 2004. Both short-range missiles have an accuracy of 250m with payloads of roughly 2,200 lb. and 1,100 lb, respectively. Prithvi’s production demonstrated India’s tendency to acquire, integrate, and improve upon established foreign technology.

It has been successfully tested by the Indian SSBN, INS Arihant. A 3500 km range K-4 SLBM is under development and has been successfully tested multiple times, but the latest test in 2017 reportedly failed. Other K family SLBMs, namely K-5 and K-6 with ranges of 5000 km and 6000 km, respectively, are also under development. The Agni is a two-stage system with a payload of 1,000 lbs and a range of 1,500 miles. The first stage is based on the SLV-3 and uses stacked solid fuel, while the second stage uses liquid fuel-based off of the Prithvi system but has a re-entry payload structure. It is also guided by two onboard microprocessors that India claims were manufactured by itself. However, the early shielding used for the re-entry and microprocessors were both likely of German origin. Moreover, other essential technology required for the Prithvi, including testing radar and gyroscopes, was likely imports from the United States, France, and Germany under the guise of fighter jet procurement. But, New Delhi claims to produce all of the components indigenously.

The Agni I, tested in 2002, currently has a documented capacity of 2,200 lbs with a range of 900 km. It wasn’t until the development of the Agni II in 2012 that had an extended range of 3,000 km, that India became a real threat to coastal China. The PSLV and SLV programs drove the development of both of these missiles. India utilized many components supplied from around the world to create a credible liquid-propelled missile. It featured a Russian surface-to-air body, a French engine, and a German brain. Paris also assisted New Delhi in the co-production of Centaure sounding rockets in the late 1960s. It also aided in the development of an indigenous version of the French Viking liquid-fuel cryogenic engine rocket. Although direct progress on the cooperation was made in secret, these weapons systems were developed in a pretty linear manner. In the 1970s, Germany also helped India in getting access to technology and research testing, likely providing it with critical microprocessors and manufacturing capabilities.

Also, France started selling dual-use technology in the 1970s, which was used for these new engines and shielding. It was eventually used to make the Prithvi rocket. Possessing sophisticated mid-range as well as intercontinental ballistic missile technology is critical for India’s deterrence strategies. It has been continuously looking to enhance its missile force. Currently, four generations of the Agni series and 3 of Prithvi are under its use. Since the development of the latter in 1983, New Delhi has been self-sufficient in the development and production of a wide range of ballistic missile variants. In 2018, the country tested at least seven ballistic and cruise missiles. As per estimates, India has produced enough high-grade uranium for approximately 130 to 140 nuclear weapons. As per reports, India’s Strategic Forces Command currently controls 68 of these land-based weapons. It seems as though India has acquired enough missile expertise to become a definitive regional hegemony and a prominent global power.

While the United States is officially opposed to India’s missile technology advancement, it is also cautious of placing any sanctions on the non-aligned nation. New Delhi acts as a regional counterweight against the Chinese and Russian influence in the region to Washington’s benefit. However, a constraint in India’s missile development, independent of U.S. or Russian guidance, is its massive financial cost. For a country like India, where a very large population is living beneath the poverty line, it is very difficult to sustain the financial burden of the necessary research and other expenses required to improve missile technology. Thus, the most viable option for New Delhi to keep its missile arsenal state-of-the-art would be to get into a close partnership with the United States, which is the most advanced space-faring nation.