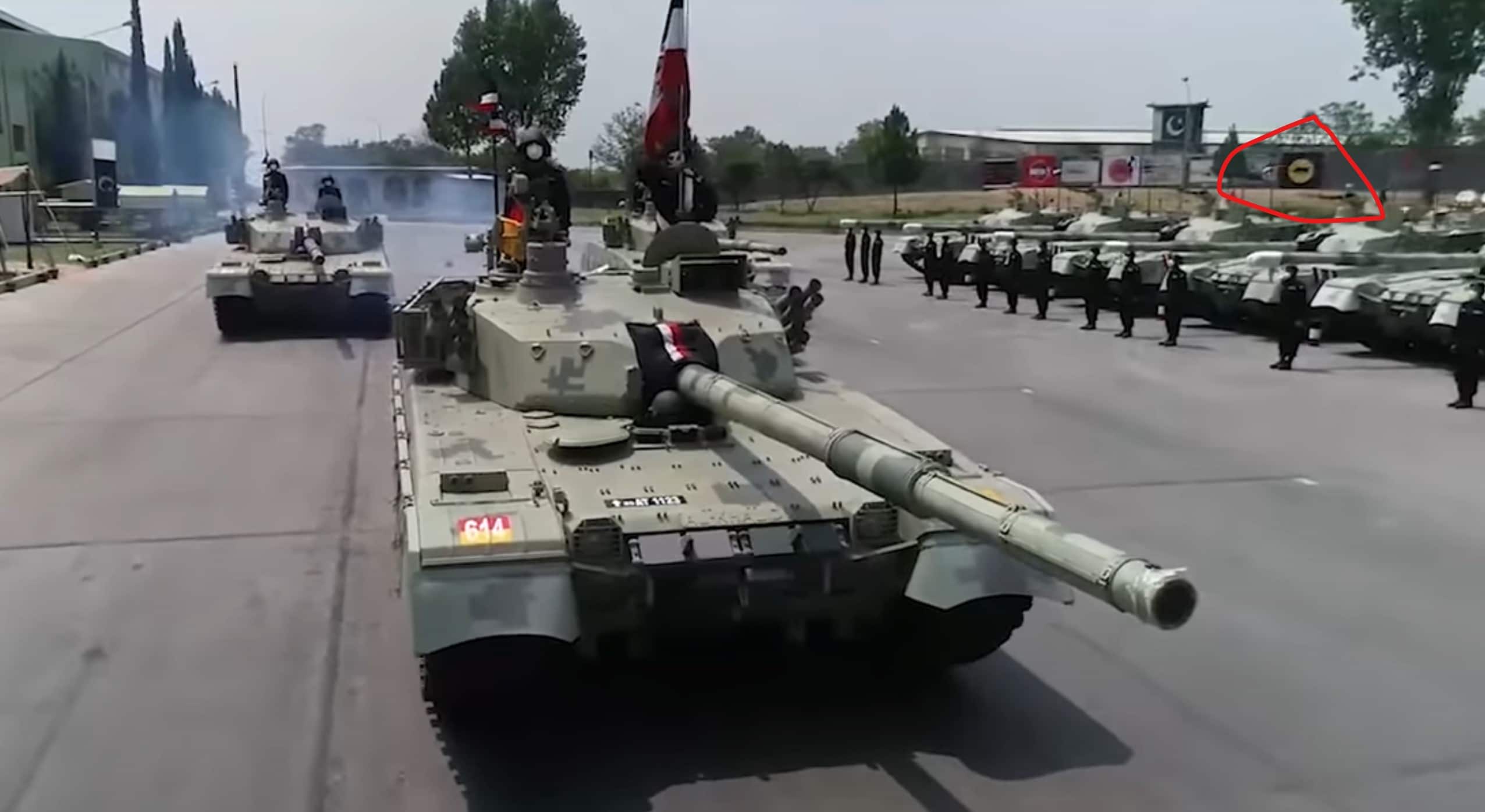 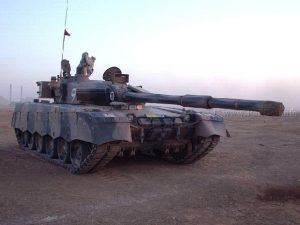 The Pakistan Army’s Armored Corps relies on the Al-Khalid Main Battle Tank (MBT). The tank is the outcome of a tight partnership between Pakistan’s Heavy Industries Taxila (HIT) and China’s North Industries Corporation (NORINCO), with the first prototype created in the early 1990s. The Al-Khalid is an improved version of the Chinese Type 90-II tank. The tank is manufactured domestically at the HIT complex, and an approximated 600 vehicles are in use. In its design, the Al-Khalid MBT Program integrates Russian and Chinese design philosophy. Compared to its Western contemporaries, the tank is much lighter and smaller, with a lower profile.

The tank is controlled by a three-person crew and is equipped with a 125 mm smooth-bore tank gun that is automatically reloaded. It also has a fire control framework and night-fighting capabilities. The name al-Khalid is derived from the 7th-century Muslim commander Khalid bin al-Walid. The Al-Khalid MBT Program manufacturing model is powered by a diesel engine and gearbox provided by Ukraine’s KMDB design bureau. In 2001, the Pakistan Army received the first production versions.

The Al-Khalid is equipped with a 1,200 horsepower Ukrainian 6TD-2 liquid cooled diesel engine, propelling the tank to a top speed of 70 kilometers per hour. The engine has horizontally placed pistons in an opposed-piston layout, decreasing engine size and allowing it to fit well within the vehicle’s medium-sized hull. The same engine is used in Pakistan’s T-80UD MBTs. The 6TD-2 is part of a Ukrainian powertrain and is capable of semi-automatic power-shifting. It has seven forward and four backward speeds and a braking system that includes carbon friction brakes and a secondary speed-retarding system. A torque converter controls gear shifts, which is made more efficient by the inclusion of an automated lock-up clutch. There is also a mechanical back mechanism that can change two gears forward and backward in an emergency.

The Al-Khalid is relatively light compared to Western tanks, weighing 46 tonnes vs. the 60-tonne M1 Abrams and Leopard 2. With a power-to-weight ratio of 26.66 hp/tonne, the vehicle can accelerate from 0 to 32 km/h (0 to 20 mph) in 10 seconds and reach a maximum speed of 70 km/h speed and agility, also contributing to survival. During the design phase, special focus was placed on rapid cooling and air filtering structures to combat the high ambient temperature changes and fine sand encountered in functional activities of Pakistan’s Thar and Cholistan deserts, allowing the vehicle to race across the desert to face the enemy. Without preparation, the Al-Khalid can traverse water barriers 1.4 meters deep, and with a snorkel connected, it can traverse water obstacles up to 5 meters deep.

The main mission of any MBT is to breach enemy lines employing brutality of action and create devastation in the opponent’s rear. The Al-Khalid is armed with a 125mm smoothbore main gun that can fire a variety of ammunition, as well as the 9M119M Refleks (NATO reporting name AT-11 Sniper) anti-tank directed missile, a tandem warhead missile with a reach of five kilometers that can also be launched from the main gun. The main cannon has a rate of fire of six to eight rounds per minute. The tank is armed with a laser rangefinder and an electronic fire control system, and a dual-axis stabilized main gun allows it to shoot accurately while moving. The gunner and commander use dual day/night sights with thermal imaging to shoot accurately on both fixed and moving targets at any time of day.

The commander also has access to a panoramic hunter-killer sight, which he uses to mark targets for the gunner. The Al-Khalid also has an autoloader, which reduces the crew to three people, which is another aspect of the Russian tank design philosophy that was included in the tank. The Al-Khalid is equipped with a 12.7mm heavy machine gun on the commander’s cupola and a 7.62mm coaxial machine gun adjacent to the main cannon. The tank can fire Pakistani Naiza 125mm depleted uranium (DU) rounds, which have a one-shot kill capability. In sum, if the Al-Khalid encounters the T-90S Bhishma in the plains of Punjab or the deserts of Sindh, it is more than capable of a one-shot kill.

The Al-Khalid’s is built of hardened steel armor plates put over Rolled Homogeneous Armor (RHA). At the same time, the sides and turret contain modular armor, enabling the operator to swap armored damage sections easily. For increased defense, the tank is outfitted with Explosive Reactive Armor (ERA) bricks. The turret front, top, sides, and hull glacis are all covered with ERA bricks. The crew is protected not just by competent armor but also by a collective NBC (nuclear, biological, and chemical) system. To increase crew survivability, the tank features an internal fire extinguisher and explosion-suppression capabilities. Tanks can be built; the crew must be safeguarded since training a tank crew takes a tremendous amount of time and money.

Al-Khalid also has a laser warning system, which detects approaching ATGMs and improves danger awareness for the crew. In addition, the tank is painted with IR (infrared) reflecting paint to reduce thermal signature, and it is equipped with launchers that can fire thermal smoke, chaff, and fragmentation grenades. The current edition of the tank is also said to include an Active Protection System (APS) that can counter incoming anti-tank missiles and rocket-propelled grenades (RPG).