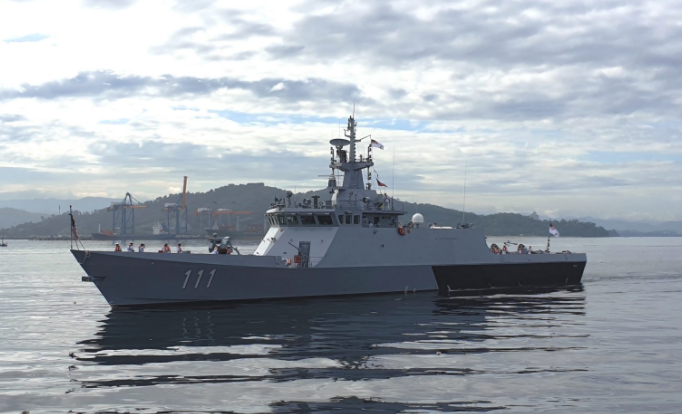 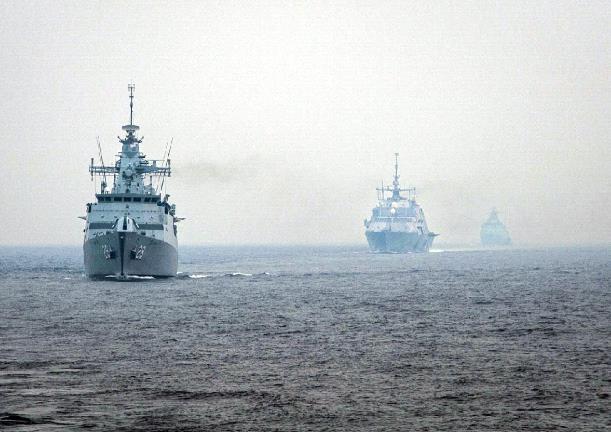 The Royal Malaysian Navy (RMN) has confirmed its procurement priorities for the subsequent five years while adding vertical take-off and landing (VTOL) unmanned aerial vehicles (UAVs) to its list of requirements for the Royal Malaysian Navy Procurement Plans. Speaking on 22 January, RMN chief Admiral Reza Sani confirmed the service’s plans to accumulate Multi-Role Support Ships (MRSSs) under the ‘Twelfth Malaysia Plan’ – which starts this year and ends in 2025 – to exchange the RMN’s current logistics support ships, both of which aren’t fitted to hold out amphibious missions and are operating beyond their design age. Among the arms being needed by the RMN are eight LMS, two MRSS, two anti-submarine helicopters, five maritime operations helicopters, eight Special Forces assault boats, and 12 fast interceptor boats. Also within the plan are one unmanned aircraft system, one each mine hunting and disposal systems, a bridge simulator, quick action tactical trainers, and upgrades to the 14 fast attack crafts (FACs).

The upgrades of the FACs will see them with new power packs (engines and generators – unsure whether all fresh or refurbished) and fitted with a new mini combat management system (CMS) for better surveillance and preparation – will allow the boats to work for an additional 15 years. RMN Adm. Reza said most equipment, just like the LMS, assault boats, FIC, and maritime operations helicopters is the follow-on batch of things already procured under RMK11. RMN delivered the primary LMS, KD Keris, in January, while the remainder is in various procurement processes. As for the second LMS, Admiral Reza said the ship had been completed, and it had been expected to be delivered and commissioned at any time soon.

Sundang PCU Sundang at the launch ceremony in July 2019. The delivery and commissioning of Sundang were alleged to happen this month, but it’s delayed possible thanks to the coronavirus outbreak. The RMN chief also said that two more LMS are going to be delivered on schedule in May and August next year. In his speech, Admiral Reza also said that the Navy was also proceeding with the 15 to five transformation plan though it’s now been modified – though he didn’t explain the modifications. That’s for an additional day. Anyhow, the procurement plan looked considerably like what was said earlier, including those detailed within the 2019 Defense white book except the two anti-submarine helicopters. Within the white book, only the maritime operations helicopters were mentioned.

Royal Malaysian Navy RMN’s chief problem is that the troubled Maharaja Lela class Littoral Combat class ships under construction by Boustead Naval Shipyards. Supported the Naval Group’s Gowind corvette design, the six-ship class are 3,100t will incorporate stealth characteristics with an armament of one BAE Mk3 57mm gun during a stealth copula, two MSI Seahawk 30mm guns, two launchers for Kongsberg Naval Strike Missile anti-ship missile (each with four missiles), a 16 cell SYLVER Vertical Launch System for the MBDA Mica surface to air missile. However, despite the launch of the primary ship in 2017, the contract for the Mica SAM has yet to be signed, and therefore the scheduled date of delivery has now been pushed back from a projected date in 2019 to 2023. Furthermore, then Defense Minister Mohamad Sabu stated in Parliament on 29 October 2019 that the program required a further $333 million (MYR 1.4 billion) over the first contract ceiling of $2.17 billion (MYR 9.1 billion) due to construction delays.

However, he didn’t state what caused the delays. He stressed that the government was committed to the program and will not cancel it because it has already paid out $1.42 billion (MYR 6 billion) for the ships. He added then that the government was discussing the extra allocation. However, on 3 August 2020, Defense Minister Ismail Sabri stated in Parliament that the govt wouldn’t allocate further funding for the program, which, as of 31 July 2020, was at 56.7 percent completion compared to the first target schedule of 85.73 percent, making it also 31 months, not on time. The Defense Minister stated that three possible options were now being considered. Firstly, to assign France’s Naval Group because the Relief Contractor uses the remaining balance of the contract ceiling to complete a minimum of two ships. The ceiling for the LCS program is Malaysian $2.179 billion (MYR 9.1 billion). The second option was to possess Boustead Naval Shipyards to continue with the remaining balance to finish a minimum of two ships.

The ultimate option was to terminate the contract with Boustead, and therefore the MOD would then initiate efforts to salvage the program. A complete 4 ships were contracted for. Still, the recent coronavirus will probably affect the timeframe for the return of the second ship from China and, therefore, the construction and delivery of the remaining two ships to be inbuilt Wuhan. The future of the RMN’s 15 to five Transformation Plan also now remains unclear. The 15 to five plan now faces difficulties in meeting these goals. The six LCS were to be followed by six more LCS. However, Malaysia already faces enough difficulties getting the present LCSs completed, and this assumes no problems arising during sea trials and early operational use. A further 14 LMS were projected under the plan, but so far, nothing had been committed. The Keris class design would be used and, therefore, the additional ships contracted from China.

Meanwhile the three-ship MRSS requirement continues to be unfunded. The only positive note for the RMN is that it received the primary six of 12 US donated Boeing Insitu ScanEagle UAVs in May, with another six to be delivered in September. The RMN will operate the ScanEagles out of the Kota Kinabalu naval base by 601 Squadron RMN, formed specifically to operate UAVs. An initial batch of personnel completed training within the US last year. Still, as of the time of writing, the RMN has yet to start using the ScanEagles, thanks to the service eager to wait until the US contracted personnel is ready to enter Malaysia to help with the initial stage of operations. Malaysia has been closed to entry by foreign nationals but special exemptions.

Of the three services, the Malaysian Army is perhaps a minor number suffering from the financial situation as long as various programs are either ongoing or near completion. For example, deliveries of the 257 AV8 Gempita armored fighting vehicles (AFVs) are predicted to be completed this year. However, the continuation of Malaysian manufacturer DEFTECH’s assembly line is uncertain because it has yet to secure any export order or follow-on order from the Malaysian Army. Before the COVID-19 and, therefore, the collapse of the Pakatan Harapan government, there had been talking that the military would initiate a 6×6 AFV acquisition program to exchange the 4×4 Condor armored personnel carriers (APCs) in commission, but this is often now impossible thanks to the economic situation. In addition, delivery of the six MD Helicopters MD-530G ordered by Malaysia, of which a primary batch of three was to be delivered early this year, has been delayed thanks to the pandemic. Speaking in Parliament on 3 August, Defense Minister Ismail Sabri stated that three helicopters had been completed while another three weren’t fully completed.

The MOD rescheduled the team’s departure to the end of August, but the Defense Minister said he was uncertain if this might be administered thanks to the continued high infection rate within the US. He also disclosed that the contract for the helicopters led to November 2021. The Army is also expected to receive 18 Nexter LG1 105mm howitzers to equip the artillery battery assigned to the 10th Parachute Brigade. A bigger requirement to exchange the aging 105mm Model 56 Pack Howitzers in commission exists though no funding has been allocated yet. The DWP stated that the RMAF was looking to accumulate a further 10 F/A-18 to reinforce the present eight aircraft in commission. These are likely to be the Kuwait Air Force F/A-18s expected to be phased out because it transitions to the Boeing FA-18E/F Superhornet.

The RMAF is looking towards adding ten more F/A-18s to the eight it already has in commission. The ten aircraft are likely to be those belonging to the Kuwait Air Force. Plans to overhaul the RMAF’s F/A-18 aircraft in batches of two in Australia are delayed due to pandemic concerns. The primary batch had been scheduled to fly to Australia in mid-April this year but was postponed indefinitely. The RAAF is already assisting in supporting Malaysia’s F/A-18 fleet by donating stocks of surplus F/A-18 parts because the RAAF withdraws its own F/A-18 fleet from service. In addition, the RMAF will end its Sikorsky S-61A Nuri fleet due to its age consistent with RMAF Chief General Ackbal Samad during a January 2020 media conference. He said the RMAF was assessing the choices for replacement.

However, the initial stage would likely be a lease of helicopters to conduct transport missions until funding was available for procuring a capability. The choice leaves the 12 Airbus H225M because of the RMAF’s sole operational mission helicopters. On the positive side, the US has provided funding for the RMAF to convert three of its seven RMAF Airbus (CASA) CN-235 transports into Maritime Surveillance Aircrafts. The Malaysian Army is seeking replacements for both but funding remains a problem. In 2022 Malaysia also will receive one Lockheed Martin TPS-77 mobile radar system provided by the US as a part of the Section 333 Building Partner Capacity provision of the 2017 National Defense Authorization Act.