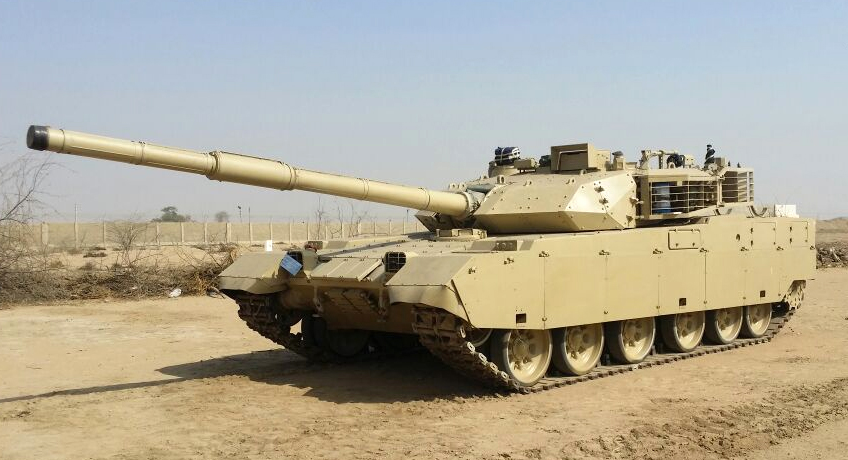 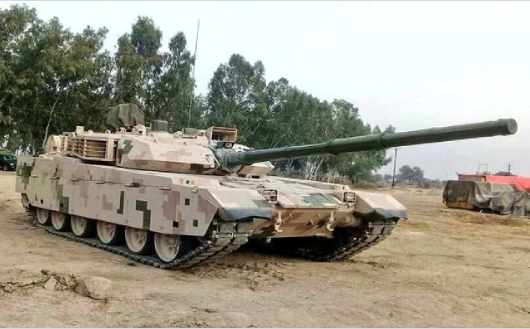 The Pakistan Army displayed a freshly equipped VT4 main battle tank (MBT) at the Field Firing Ranges in Jhelum on September 22, 2020. General Qamar Javed Bajwa, Pakistan’s Chief of Army Staff (COAS), witnessed the demonstration and “expressed pleasure over exhibited performance” of the VT4. Through Inter-Services Public Relations (ISPR), the Army said that it would use the VT4 tank as an offensive weapon in its attack formations. According to the ISPR, the VT4 is equivalent to “any contemporary tank in the world,” with “superior armor protection, agility, firepower capacities, and state-of-the-art technologies.” The VT4 tank will join the Al-Khalid Improved (al-Khalid-I) tank as a new arrival to Pakistan’s Armoured Corps.

Pakistan first tested the VT4 tank as part of the Haider MBT program. The Pakistan Army sought the Haider MBT as a ready-to-use replacement for its ageing tanks. It would also act as a temporary measure to deal with delays in the domestic Al-Khalid MBT program, notably the upcoming al-Khalid-2. By 2017, the Pakistan Army seems to have reduced its choices to the VT4 by NORINCO (China North Industries Group Corporation Limited) and the Oplot-P by KMDB (Kharkiv Morozov Machine-Building Design Bureau). In 2018, NORINCO reportedly announced that the Pakistan Army had chosen the VT4 but that no contract had been signed. However, with the Pakistan Army reportedly confirming the VT4 purchase program, Pakistan signed a deal in late 2018 or early 2019.

Based on the purported capabilities of the VT4, this tank might be Pakistan’s most advanced armor vehicle. It has subsystems that earlier Pakistan Army tanks do not have, such as a hard-kill APS. It can function as a genuine network-enabled platform with real-time target information sharing. Furthermore, the VT4 represents a considerable investment for Pakistan. A new big-ticket system requires additional logistics, maintenance, training, and other overhead costs in all circumstances. The only option to reduce overhead costs is to scale or disperse them over more operable units. In other words, Pakistan will almost certainly choose more VT4 tanks in order to get more mileage out of the high upfront overhead expenses.

Pakistani MBT modernization initiatives have effectively countered India’s T-72M1 since the 1980s. While India’s Arjun MBT program is mostly irrelevant and had little influence on subsequent Pakistani developments, the T-90MS purchase was necessitated by Pakistan’s MBT upgrade program falling behind schedule. Pakistan’s MBT modernization program included gradual Type-59 improvements that culminated in the Al-Zarrar, an opportunistic stopgap T-80UD procurement, and localized Type-69II and Type-85APII manufacture that led to the creation and construction of the Al-Khalid-series.

The Al-Khalid is based on the NORINCO Type-90II but has been adapted to meet Pakistan’s needs. Its more advanced derivatives, the Al-Khalid I and Al-Khalid II, should have sufficed for Pakistan’s future MBT requirements. In reality, the continued construction of Al-Khalid II implies that this initiative is still functioning. The procurement of the VT4 tank is just a temporary solution imposed by the funding inadequacies that have hindered Al-Khalid output and hence its ongoing development.