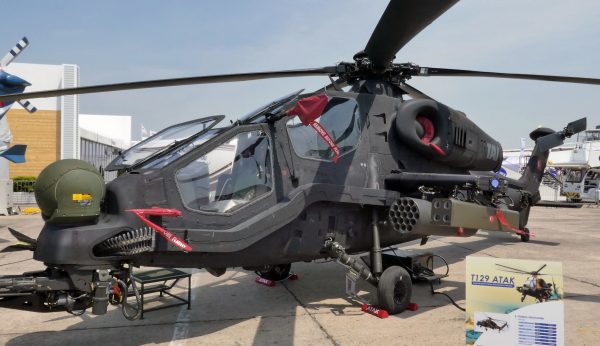 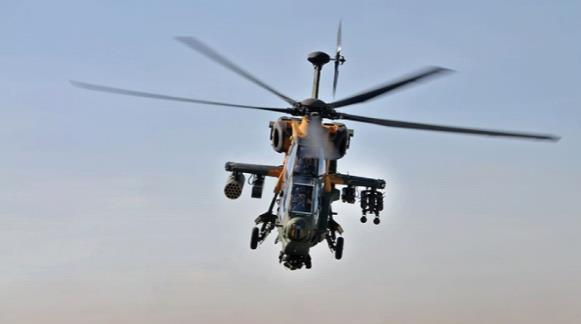 Philippines announced on 25 May that it would be receiving two of the six T129 Helos on order from TAI in September. The five-ton T129 is a dual engine, tandem seat multirole, all-weather attack helicopter based on the Agusta A129 Mangusta platform and is equipped with American engines. The ATAK T-129 helicopter is designed for advanced attack and reconnaissance missions in all weather situations and is developed by the TAI in collaboration with European firm Agusta-Westland. The Philippines will receive these helicopters in stages. Two of them would be delivered by November 2021, according to sources. Another two would be delivered by February 2022, and the delivery of the final two would happen in 2023.

The T-129 aircraft is powered by two LHTEC T800-4A turboshaft engines; each can produce 1,014 kilowatts of power. T800-4A engine for the helicopter is an export variant of the CTS 800 engine. LHTEC is a joint venture between American firm Honeywell and the British company Rolls-Royce. TAI’s President stated that his firm had obtained export permission to sell 6 helicopters to the Philippines. But only a month earlier, Turkey’s continued persuasions to obtain the same permits for Pakistan went unheeded. Pakistan signed an agreement worth a $1.5 billion contract with TAI to obtain thirty T129  helos to replace its fleet of AH-1F Cobra gunships that it acquired in the 1980s. Since then, the program has faced incessant delays due to the U.S blockade of export licenses which would render possible any delivery of the aircraft.

Multiple factors weigh in on this delay and the general reluctance of the U.S to grant export licenses for the helicopters that would be made for Pakistan. The stumbling block also stems from Turkey’s go-ahead with the Russian-made S-400 Triumf air defense system. The U.S kicked out Turkey from its F-35 program in stringent opposition to the latter’s acquisition of the Russian missile system. Besides, all major U.S arms sales to Ankara have been suspended. As per the TAI officials, the engine isn’t the only roadblock. “There are other components the Americans can refuse to issue export licenses for. We have the impression that the T129 deal would not go through without Washington’s political approval.”

Additionally, U.S legislators are concerned regarding the attack helicopter’s possible deployment against India, with whom the U.S shares a strong defense and strategic partnership. The T129 has since then faced several delays, reportedly with the recent in March. In March, Pakistan announced it had agreed to another six-month extension in the possible procurement of the T129 Atak helicopters. American export licenses are issued keeping in view the end-user country. These are not issued or denied for Turkey – the manufacturer and exporter of the weapons system. In the case of the Philippines being the end-user, the permits were issued for sale to the Philippines and not to Turkey (or TAI). Turkey is currently developing a domestic helicopter engine and plans to gradually replace the Honeywell-Rolls Royce with its engine design. However, Pakistan has the option as per the agreement to buy Chinese Z-10 helicopters should the Turkish deal not materialize.